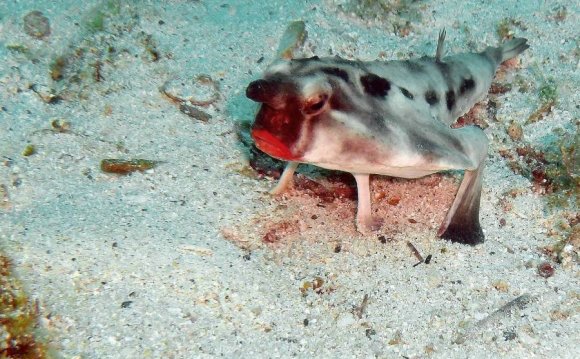 Disclaimer: This document is intended to familiarize the reader with different methods that fish use to breed and introduce terminology. Anyone who wants to breed a given species of fish should check specific internet resources or books to find out about the particular species that they want to raise.

The FAQs owe their existence to the contributors of the net, and as such it belongs to the readers of rec.aquaria and alt.aquaria. Articles with attributions are copyrighted by their original authors. Copies of the FAQs can be made freely, as long as it is distributed at no charge, and the disclaimers and the copyright notice are included.

Fish breed in many ways, and yes you can watch. In fact, watching fish breed is one of the great fascinations in the hobby because there are so many interesting breeding strageties among fish.

There are two main strategies that fish use: egglaying and livebearing.

Livebearing fish do what the name suggests. The female gives birth to fully formed, free-swimming young. The female fish is internally fertilized by the male fish, and carries the fry for about a month before delivering them. Upon delivery, the babies swim off, hide, and begin searching for food.

Egglaying is also what the name suggests: the fish lay eggs instead of giving birth to little fish. As the fish grow, they hatch into fry with an attached yolk sac, and then mature into fish. The process usually takes around a week to 10 days, although it can vary widely.

Egglayers have many methods of laying their eggs

Egg scatters usually scatter eggs around weeds, or onto gravel. The male chases the female during spawning, and the eggs are fertilized as they fall. Spawning runs can be spectacular to watch since the fish race around the tank and ignore anything else, including food. Examples of egg scatterers are tetras, barbs, rasboras, and danios.

Substrate spawners are a little choosier about where they put the eggs. They lay eggs that attatch to some sort of substrate. Plants, rocks, wood, and even the aquarium glass may be chosen as a spawning site. Both fish participate in the egg laying, with the male fertilizing the eggs as the female lays them. Examples of substrate spawners are many catfish, some cichlids, and killifish.

Bubblenest builders lay their eggs in a nest of bubbles blown by the male fish. The bubbles are held together with saliva and look like foam. They tend to attract infusoria that the babies can eat, and keep the eggs at the surface of the water, where they are well-oxygenated. The eggs are laid a few at a time, and carefully placed in the nest where they hatch. Examples of bubblenest builders are bettas and gouramis.

Mouthbrooders actually keep their eggs in their mouths until the eggs hatch. The eggs are again laid a few at a time, and once the male fertilizes them, the parent doing the mouthbrooding gathers them up in his/her mouth. That parent eats sparingly, if at all, until the baby fish are released. Examples of mouthbrooders are male arrowanas and female cichlids.

Marine fish also lay eggs. Some are substrate spawners, but many lay pelagic eggs that float in the plankton. There the eggs hatch into a larval stage, and the larvae float freely and eat tiny plankton until they grow into fish. See the Moe reference for a more complete description.

``I think my tetras spawned. Where are the eggs?''

Parental care in the fish world varies widely. Parents can be anywhere on a continuum from eating all their eggs or fry, to both parents fiercely guarding their eggs and fry.

Many fish parents show some common behaviors, so I will discuss them here.

Most fish consider any and all fish eggs and young to be a tasty treat. Therefore most fish will not hesitate to snack on any they find, including their own. This means that egg scatters and many substrate spawners really cannot be bred in a community tank, as the eggs will quickly be eaten by the parents and other fish. Marine fish and invertebrates also eat eggs. Livebearers are especially notorious for eating their young.

A few fish ignore their eggs or fry, and so can be bred in a species tank. White cloud minnows can breed this way, and many killifish will at least ignore the eggs. Baby killies are fair game, though. Guppies will also often ignore babies.