Where do Betta fish originate from? 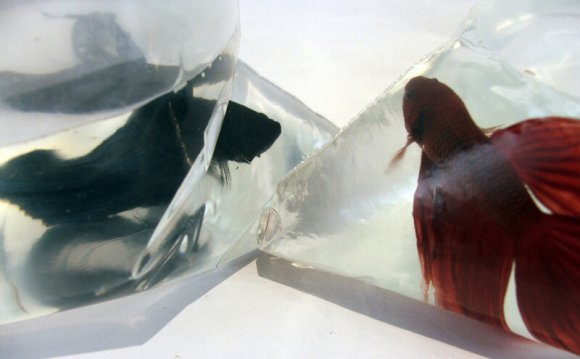 There are two types of Betta fish:

Betta Splendens aka Siamese Fighting Fish
Freshwater fish that originate from southeast Asia, the males usually sold and kept in small containers and prized for their colors and long, flowing fins. Females are sometimes sold as well, but their colors are muted and they do not have the same fin growth, so they are less common to see. Males are aggressive toward other male bettas, which will cause them to display the fullness of their fins in an effort to maximize their apparent size. They will fight other males to the death if kept together, so this is not recommended. While people generally keep bettas in an individual aquatic container, they are actually good aquarium fish and can live peacefully with other fish, as long as the other fish don't nip their fins away.

Comet aka Marine Betta
In the marine (saltwater) world, there is also a fish often referred to as a Betta: the comet or marine betta.


These are beautiful saltwater reef fish that have long and full fins, but exhibit a different color pattern than the freshwater species. They have a false eye on their fin so when they are threatened they can go into a cave and appear to be a moray eel.

Hope that was useful info! If you want to keep freshwater bettas, I highly recommend it. They don't need much space, are pretty hardy fish, and are beautiful and peaceful to watch. If you put a mirror in front of them, they'll display their fins to the "other male". Probably a little stressful for them, so it's not typically recommended to do often, but it can be interesting to see. Bettas (as all aquarium fish) don't require much food and you want to be careful not to overfeed them. A few grains of food every day or two is all they need. If you have a saltwater setup, marine bettas make a great addition to a reef or fish-only tank.