What do Betta fish need to survive? 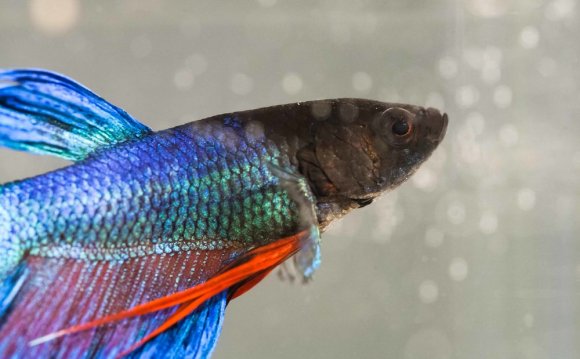 You are doing fine.
When I used to keep and breed Bettas, the largest aquarium in which I ever kept an individual Betta was 1-gallon (3.8 Liters) "show" tank...and that was for a particularly large-finned male that I wanted to show off. All the others, except when putting a pair into a small breeding tank, were comfortably housed in pint jars, cereal bowls, and other odd glass containers from .75 to usually less than 2 liters. I much preferred containers with openings that were more narrow than the sides of the container to help prevent deaths by the fish jumping out of the container when frightened by sudden events (vibrations from thunderstorms, when lights were suddenly turned on from complete darkness, or sudden passing car lights through adjacent windows in the middle of the night, etc.).

I could keep a small school of females used for breeding in a 5 or 10-galon tank with a plecostamus and filter so I didn't have to chafe was as frequently. My most important females were kept in small containers the same as the males. Babies were raised in the breeding tank for a short time, then moved to 5-gallon tanks for sorting (sex, color, etc.). Once the fish began to mature, they would be moved to individual containers so they wouldn't hurt each other as they became more and more territorial and competitive and for easier individualized care and maintenance.

They simply don't need the space. They do not need a great deal of surface area, since they are partial air-breathers. Surface area helps to determine the concentration of dissolved oxygen in the water, but since they are a relatively sedate animal with low O2 needs AND can easily grab atmospheric O2 from the surface directly, they do quite well in still water ("stagnant" where they live in nature) and enough room to bump through the surface tension of the water's surface to grab a gulp and make a bubble of air to place at the back of their head.