Does a Betta fish need a filter 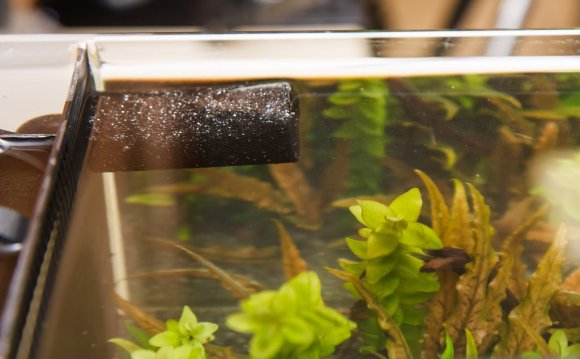 Learn about the differing points of view and guidelines on using carbon in your aquarium.

When it comes to freshwater aquarium filtration, there are many options to choose from. One of the most popular filtration methods involves carbon filter media. Using carbon in a freshwater aquarium is a controversial subject. Some people believe it is a waste of time and never use carbon except for special occasions. Others use a great deal of carbon and swear by its ability to polish the water and remove odors. This article will present both sides of the story so you will be well informed when you decide whether or not to use carbon in your setup.

Carbon, or activated carbon, is used as a chemical filtration media. It helps to remove many organic and inorganic materials dissolved in tank water - it keeps the aquarium water clear, and removes odors. Activated carbon works by using absorption and adsorption. Absorption is the process by which pollutants are trapped in the pores of the carbon (you can think of this process as a molecular-sized mechanical filter). Adsorption occurs because the carbon has a large surface area (with all the pores) and, therefore, many chemical bonding sites. Adsorption is the process by which pollutants are chemically bonded to these sites and trapped by the carbon.

The “special case” I mentioned above where most hobbyists agree that carbon is useful is in the removal of medications from tank water. Carbon will dilute many of the medications people put in their tanks and reduce its efficacy. This is why you are often directed to remove any carbon if you are treating your aquarium. However, once the treatment is done, carbon is very effective at removing the chemicals that your fish no longer need. After your fish have recovered, you might add new bags of activated carbon to your filter for this purpose alone.

The Anti-Carbon Point of View

The people that lie in this camp often point out that using carbon in an aquarium originated in the old days of fish keeping. Back then, people thought that “old water” was better than “new water” so water changes were kept at a minimum. They, therefore, used carbon to eliminate the yellowish color and odor of the older water. Times have changed, however, and we now know that frequent water changes are essential to a healthy aquarium. People now regularly do 25%-50% water changes on a weekly or biweekly basis. People against the use of carbon say these water changes serve the same purpose as carbon - they say that there is nothing carbon can do that a water change cannot do just as well.

This side also points out that most carbon products contain some amount of phosphates. An increase in phosphate levels can cause an algae outbreak. They state that they simply do not want to add something to their tank that will promote algae growth.

The Pro-Carbon Point of View

The people that lie in this camp swear by the usefulness of carbon. They often do perform regular water changes, but feel that carbon offers a certain polishing effect that further clarifies the water. They also point out that odors can still occur even with religious water changes - carbon helps to eliminate these odors. They also point out that it is very effective at removing any water staining that occurs from driftwood being in the tank. These people tend to think that anti-carbon hobbyists suffer from a sense of pride in not using carbon and consider it a pretentious practice.

How to Properly Use Carbon in an Aquarium

If you decide to use carbon in your aquarium, there are several things you need to think about:

Quality of the Carbon

Make sure you buy quality activated carbon. Cheap carbon often contains more phosphates, a great deal of ash, and will become deactivated (meaning that it stops removing compounds) very quickly. The quality of carbon is typically measured by ash content, iodine number, and molasses number. It is important to have a carbon material with a large total surface area because this provides more bonding sites to catch pollutants. However, if the surface area is too large because there are tons of very tiny pores (micro-porous carbon) then the pores will not be large enough to permit pollutants to enter them. If, on the other hand, the total surface area is too small because there are mostly large pores (macro-porous carbon) then the pollutants will be able to enter these pores, but there will not be very many chemical bonding sites. Therefore, you want a good mixture of both large and small pores.

The iodine number gives you an indication of how micro-porous the carbon is. Typically you want an iodine number around 1000. The molasses number gives an indication of how macro-porous the carbon is and a molasses number around 225 should work fine. You want the ash concentration to be at a minimum. A significant portion of the ash can be removed by soaking the carbon before using it. This will also help to leach out many of the phosphates that may be in the carbon.