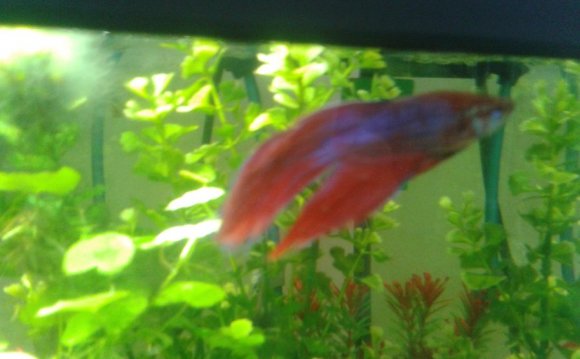 Although they have a reputation as "fighting fish, " both male and female Bettas can be more sociable than many people realize. While female Bettas are fine in a solo tank (as long as their human companions remember to keep them company), they are frequently introduced into a single tank for breeding purposes.

To help to ensure that your male and female Bettas are compatible for breeding, take into consideration the following steps:

· First of all, make sure that your female Betta is healthy and ready to breed. If she has been ill, wait for her to get well before mating. A sick female Betta may have trouble producing eggs or the eggs may result in fry with congenital defects.

· Before placing your female Betta directly into the tank with your male, give both fish time to get to know each other. You can do this with a glass partition. By using a glass partition you can allow your Betta male and female to get to know one another without risking any aggression. You can further the relationship by feeding them live food simultaneously, just like a dinner date.

This tank setup is not uncommon, but if you decide to house female Bettas together, keep a close watch as they can also exhibit aggressive behavior. Watch for any nips and tears and be prepared to remove any aggressors for a time out.

Female Bettas like privacy, so having plenty of plants can be a nice adjunct to housing multiple females in the same tank.

While Bettas can be social fish and get along with others, it is important to understand that both male and female Bettas are inherently aggressive. They should be placed with passive fish to avoid problems.