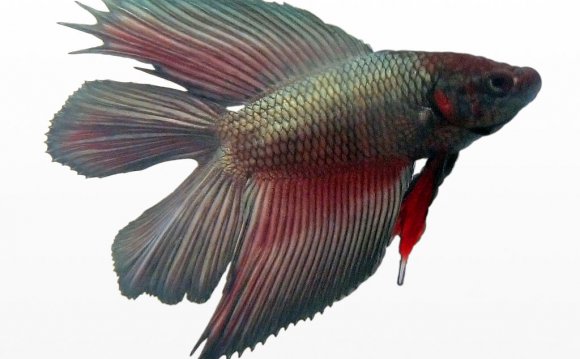 Let’s take a deeper look at two of the popular freshwater aquarium fishes ‘“ the beta fish and the guppy.

The beta (betta) fish is the Siamese fighting fish. Its common name was derived from its scientific name, Betta Splendens. In Thailand, it is simply called ‘fighting fish’ since they inherited their ancestor’s fierce temperament which is native to the rice paddies of Cambodia and Thailand.

The guppy, also called the ‘millionfish’ since they breed very effectively, is Poecilia Reticulata and native to South America and the Carribean. It is a small fish in which females grow about 4 to 6 cm long and males about 2Â½ to 3Â½ cm long. It has been found to be great in mosquito control as it feeds on mosquito larvae to slow down the spread of mosquito-related diseases. Effectively, the species were intentionally introduced to different countries all around the world, however, guppies had been found to do harm on native fish faunas.

Guppies are tremendous live-bearers; they breed very prolifically. The female guppies are ready for conception again within a few hours after birth. The ability of female guppies to store sperm allows them to give birth multiple times, even if they have only bred with the males only once.

Betas on the other hand are egg layers or some would say ‘bubblenesters’. When female release all of the eggs, the males chase the females away. Males, then, carefully keeps the eggs in the bubble nest and he will vigilantly monitor the eggs so none will fall to the bottom. Males also repair the nest when necessary.

When betas copulate for reproduction, they do a dance — the male and female spiral around each other which is called the ‘Nuptial Embrace’. Guppies, on the other hand, mate in a very quick fashion that will often lasts in a very few seconds. The male just thrust his gonopodium forward as he swims along side the female and that’s it.

1. The beta fish is native to Thailand while the guppy is native to South America and Carribean.
2. Guppy fishes breed more easily and are much easier to maintain while Beta fishes breed less easily and entails higher maintenance.
3. Guppy fishes are livebearers while Beta fishes are egglayers/bubblenesters.
4. Male beta fishes are fiercely more aggressive as compared to guppy fishes.
5. Beta fishes mate in a manner that the male and female spiral around each other called the ‘Nuptial embrace’. Guppy fishes do it extremely quick; just a simple thrust of male’s gonopodium towards the female’s sac and that’s about it.
6. Betas are slightly larger than guppies.


: If you like this article or our site. Please spread the word. Share it with your friends/family.

Articles on DifferenceBetween.net are general information, and are not intended to substitute for professional advice. The information is "AS IS", "WITH ALL FAULTS". User assumes all risk of use, damage, or injury. You agree that we have no liability for any damages.