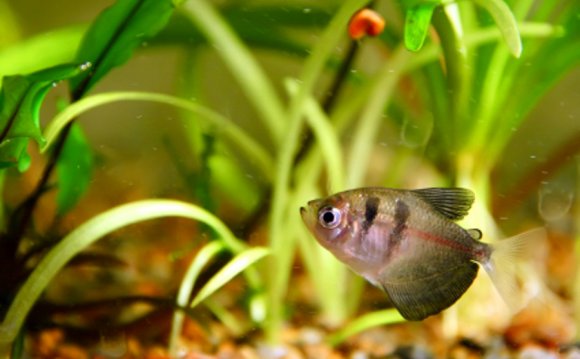 Though Betta fish are known for being hardy very easy to care for fish, this does not mean that they are not prone to any diseases, however. All fish are highly susceptible to fungal infections and the Betta fish is no exception. This is one of the most common "ailments" that those with Betta fish will encounter while owning a Betta fish. There are a number of things that can be done with regard to prevention and treating the common fungal infection Bettas are prone to, as well as some easy rules of thumb to ensure that you are correctly identifying the infection.

Other symptoms of a fungus infection include a lowering in the appetite of your Betta fish, and in less common cases can cause your Betta fish to discolor. It must be said, however, that these two symptoms are also the symptoms for a variety of other common fish diseases so unless these symptoms coincide with the visible fungus, one cannot be sure a fungal infection is what they are dealing with.

Good tank "hygiene" is the easiest way to reduce your Bettas susceptibility to fungal infections. The most common cause of these infections to begin with is poor quality tank conditions or poor nutrition. A dirty environment can be caused by a variety of reasons - from lack of cleaning of the cage to overfeeding of your Betta fish. Bettas are very sensitive to overfeeding and extra food sinks to the bottom of their tanks, dissolving, and creating a toxic stew that they swim through. Overeating also weakens their immune systems, leaving them more prone to infections of all sorts.

The best way to avoid fungal infections in Bettas is to maintain clean, regularly changed water. It is not recommended that you change an entire Betta tank full of water at one time, as this is stressful for the fish. Bi-weekly changes of roughly 1/3 of the tanks water is the perfect regimen to keep the tank as clean and fresh as possible.

The proper feeding of your Betta is also an excellent form of preventative treatment. Bettas are carnivores and need to be fed small amounts of specially formulated food meant specifically for Betta fish. They also need live food in their diet when possible, though one can certainly use frozen versions if they are opposed or unable to purchase truly living foods for their Bettas such as bug larvae or bloodwords.

Once your Betta is afflicted with a fungal infection, it is vital to get the infection cleared up as soon as possible. Unless the fish is very severely affected by the fungus, or is left untreated for an extended period of time, Bettas survive these common fungal infections quite easily. It is vital that the offending culprit - most likely dirty water - is attended to.

Be careful when changing the water and cleaning the tank of a sick Betta fish. The water changing process is already rather stressful on them, and this can be even more so to a sick Betta fish. Carefully change 1/3 of the water each day for three days until you have a tank full of fresh, chlorine free water for your Betta. It is also recommended that you go to your local pet or fish store to buy anti-fungal drops. These will help to quickly clear up the infection on your Betta, as well as kill any fungus that may still be lurking in the tank.