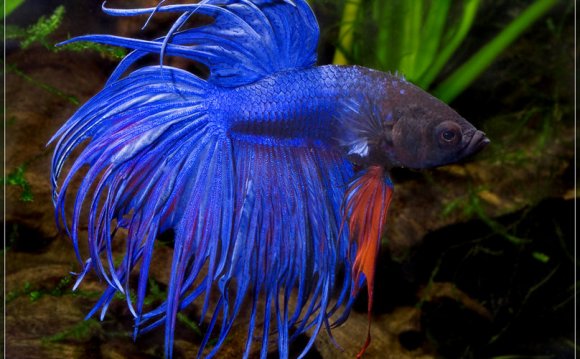 On a lazy day, when I was searching for a hill station near Bangalore, I came across a beautiful place called Avalabetta. Many bloggers have described Avalabetta as “Nandi hills with less crowd”. While collecting more information about this place, I came across few amazing pictures of the place and the surrounding. When I showed these images to Thilak, he agreed for this trip instantly. As we continued planning, we came across one more place called Gudibande (Gudibanda) which has a beautiful fort in its town and is around 23 km from Avalabetta. Thus, Avalabetta and Gudibande became our itinerary for the upcoming weekend. Since the summer in Bangalore is dreadful this year, we opted to go by car instead of bike.

We started from home at 7 AM. Had a tasty breakfast in Raghavendra Upachar in Jayanagar and started our journey towards Avalabetta. You need to take the same route that leads to Nandi hills (via AH43, Bangalore-Hyderabad highway). But, after Devanahalli, instead of taking a right diversion towards Nandi Hills, proceed straight on the same highway. There is a toll of 80 Rs that you need to pay after Devanahalli, but we didn’t want to pay that amount as we had plenty of time in hand. We did not mind taking a longer route. With the help of GPS, we found a route which helped us skip the toll gate and then connected to the same highway. The highway is very well maintained and also has less traffic. On the way, you will be able to see the popular Nandi hills on your left side. Take a detour from this highway in a place called Paresandra. From here, Avalabetta is just 17 km.

As you near the hillock, you will have to cross few hairpin bends which make the ride a pleasant one.

We reached the hilltop at 10 AM. Near the parking space, there are few steps that lead to Lakshmi Narasimha Swamy temple. This temple is small and beautiful. On the left side of the temple, there are few more steps that lead to peak of the hill. The view of the surrounding hillocks looked amazing as we climbed these steps. There is one more temple at the peak, but unfortunately when we went, the temple was closed. This place gives breathtaking view of the nearby hills and towns.

After spending some time at the top, we came back to Lakshmi Narasimha Swamy temple and walked towards the right of the temple. This path leads to the huge beak shaped rock for which Avalabetta is popular. During rainy season, the rock also holds enough water making it look like a pond. The pointy rock which was cut in the form of a bird’s peak is one of its kind. With the beautiful landscape in the background, this rock becomes the prime attraction of Avalabetta. Going to the edge of this pointy rock is bit risky. If you have phobia of heights, DO NOT go till the edge.

We also did not attempt, but there were many kids who were bravely giving poses for the photos by standing in the edge. We did not know whether to call that as bravery or as insanity.

Our next destination was Gudibande which is around 23 km from the Avalabetta hill top. The time was already 11.45 AM and the sun was scorching hot. The condition of the road from Avalabetta to Gudibande was good. We could see many vineyards on the way. There is Byrasagara reservoir few kilometers before the Gudibande town, which is huge and gives a nice view of the mountains in the background. We stopped there for few minutes to capture the beauty. From this point, you can see the Gudibande fort clearly.

In Gudibande town, the road was under construction and since it was Sunday, almost all the shops were closed. The time was around 12.30 PM by the time we reached the base of the Gudibande hill which has the mighty fort. The fort looked amazing from the base, but the burning sun was making me think twice, whether to climb the hill or not. However, I took the umbrella and got ready to climb. There are well maintained steps to climb and as we climbed, the fort unfolded in front of our eyes beautifully. The view of the Gudibande town also looked amazing. Trek to the top of this fort is in fact a moderate one. But, due to the extremely hot weather, I was not at all able to proceed further. So, Thilak also had to give up the idea of climbing till the top. We stopped trekking at the half distance and returned after deciding to come back here again in the morning time.

We started our return journey from Gudibande at around 1.30 PM. On the way, we decided to visit Muddenahalli, place where Sir M Visvesvaraya, one of the most renowned engineers of India was born. Muddenahalli is around 7 km from Chikkaballapur town and has an excellent museum which has an amazing collection of belongings of Sir M Visvesvaraya. The artifacts used by Sir M Visvesvaraya, his awards, old newspapers where his name had appeared for his work, the bed that he was using, the books he used to read were all kept safely here. In the same compound, adjacent to this museum, Visvesvaraya’s house is also present. Since the house is locked, one can get only the outer view of the house. In just a few meters from this compound, memorial of Visvesvaraya is constructed in the midst of a beautiful garden and with Nandi hills in the background.

We left from Muddenahalli at around 3 PM, had a tasty lunch at Nandi Upachar on the way and reached home.