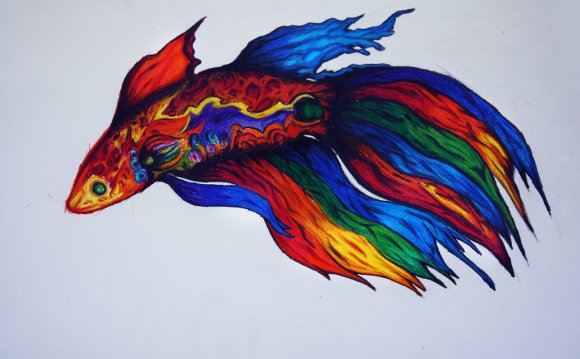 The two fish circled each other warily. Then with a lightning thrust, one of them lunged at the other’s fin and savagely bit into it, as its opponent twisted and turned in a vain attempt to escape.

When two males are put in an aquarium, their colours brighten and they take up fighting positions. Their fins are erected and with lightning speed they attack. They aim for each other’s fins and at the end of the battle, one may have some of its fins bitten down to bloody stumps. Sometimes they meet in a head-on clash, with jaws interlocked.

Contests between male fighting fish are extremely popular in Siam and the Siamese have for centuries put male fighters together in tanks and then staked enormous sums of money on the result of the fight. They have bred champions which fight for as long as ten hours, although wild fighting fish rarely keep up their fight for more than 15 minutes.

Before the law stopped this gambling, a Siamese would, after having lost all he possessed, even stake his own liberty as the result of a fight, agreeing to serve as a gardener or house boy to the owner of the winning fish, for a period of months or even years.