Betta fish jumping out of tank 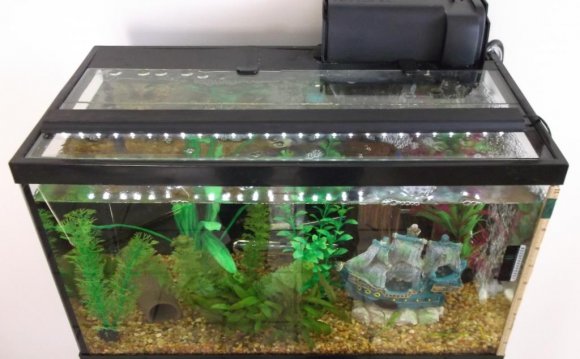 Guppies are known, in particular, for jumping out of the tank. But why do they exhibit this behavior?

It is not uncommon for an inexperienced aquarium hobbyist to come home one day to find one or more of their fish have jumped out of the tank and dried up on the floor. This behavior is particularly common in small tropical species like swordtails and guppies but it is certainly not limited to these species. It is generally recommended that aquarium hobbyists keep their tanks lidded to prevent this very behavior, but some simply do not follow this advice. If you have ever lost a fish due to this behavior, you may be wondering what it is that spurs fish to jump out of the tank. Researchers Daphne Soares and Hillary S. Bierman recently conducted a study to determine the answer to this very question, focusing on guppies in particular.

Soares was inspired to research the subject of fish jumping out of their tanks when one day a guppy soared through the air and landed in her cup of iced tea. To start the study, Soares and Bierman set up a high-speed digital video camera to capture guppies in the act of jumping out of the tank. What the researchers found was surprising yet incredibly telling – the fish backed up prior to the jump to gain speed for their launch. This suggests that not only is jumping out of the tank done on purpose, but it may actually serve a function. The results of the study showed that a fish as small as a guppy can achieve a leap several times its body length.

Related Examples of the Behavior

The behavior Soares and Bierman studied in relation to guppies is not an isolated event – many species of fish are known to jump with purpose. In some cases, fish have been known to jump out of tanks or a certain body of water as a means of escaping from predators. They may also do so as a means of hunting prey. Hatchetfish, for example, feed from the surface and may jump out of the water to dislodge insects crawling on nearby leaves. African butterflyfish (Pantadon buchholzi) are known to exhibit similar behavior and they even have specialized eyes that enable them to see clearly both above and below the water’s surface.

Reasons Fish Jump out of the Tank

In studying the jumping behavior of guppies, it was clear to Soares and Bierman that the fish did not jump to escape predators – neither were they jumping out of the tank to acquire food. This left the possibility that the guppies were jumping out of the water as a means of seeking another body of water. Several things might prompt a fish to exhibit this type of behavior. If the water quality in the tank is poor, the fish might jump out to seek a more appropriate environment. Other factors such as lack of hiding places, low oxygen levels and improper pH balance can also lead to fish jumping out of the tank. Unfortunately, in the home environment, there is not always another body of water for the fish to jump into.

This type of jumping behavior may not serve a purpose in the home aquarium environment, but it does in the wild. One species in which this behavior is particularly notable is the betta fish. Betta fish, also known as Siamese fighting fish, are native to Thailand (formerly Siam) where they live in still waters. These fish can be found in swamps, rice paddies and even roadside ditches. The size and condition of these bodies of water changes throughout the year, particularly with the annual monsoon season.

During the dry months, small puddles may dry up completely or the ammonia in the water may reach a level high enough to make the area uninhabitable. In cases like this, betta fish have been known to hurl themselves out of their environment into another body of water. If they are lucky, they will land in another puddle and can eventually make their way toward a larger body of water. If things go wrong, these fish possess a breathing organ called a labyrinth which enables them to breathe out of the water for short periods of time.

There is not much you can do to stop your fish from jumping if it is part of their natural behavior. You can, however, limit the negative repercussions of this behavior. If you keep a species of fish known for jumping, be sure to cover your tank with a lid. Other than that, you must make sure that your tank environment is clean and healthy enough that your fish do not feel the need to seek a new environment.