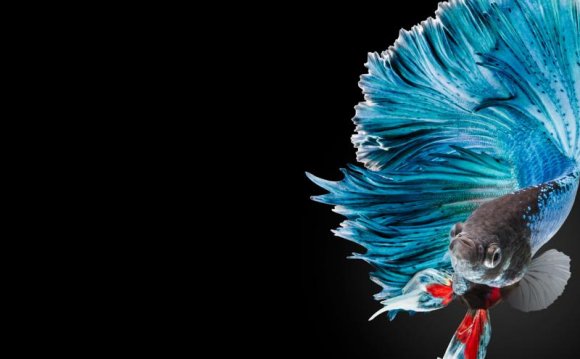 The Betta Fish and the Goldfish are probably the two most popular fish in the world. One of reasons for this is because people often keep them in bowls. The thought of taking care of a fish bowl is much less daunting than managing an actual fish tank, so the allure of these poor critters proves irresistible for kids and parents who want to have a fish without all the work.

Unfortunately, these folks soon find out the hard way that there is more to caring for a fish than plopping it in a tiny bowl and crossing your fingers.

If you are trying to choose between a Goldfish or Betta, for the purposes of this article let’s assume you are interested in keeping your fish in the healthiest way possible. I hope that’s true, but, sadly, not everyone cares about the well-being of a lowly fish, and they end up in poor conditions with failing health and shortened lives.

A bowl is not a good home for any fish, unless you are talking about a soup bowl and those delicious fish-shaped crackers.

Taking the time to learn about proper care is one of the most important things you can do when choosing a new pet. Even more important is doing the research on a fish before you bring it into your home. That way you can make an educated decision on which fish is right for you.

You are doing that now, so congratulations! You are a step ahead of the average person who wanders into a pet store and picks out a fish just because it looks pretty.

In this article you will learn more about both the Betta and Goldfish, and by the time you are done you will have a better idea of which is best for you.

In the wilds of Southeast Asia Betta fish live in lazy streams, and they can survive in muddy puddles and low-oxygen conditions when water levels drop. This is because they are anabantids, a type of fish that is capable of taking in air from the surface of the water.

Unfortunately, this is also why Betta have become so popular. Since they can survive in very small bowls and other enclosures, people keep them in the most horrible of situations. Tiny cubes and plant vases are poor habitats, as Betta are denied clean water and space for swimming.

As far as care goes, Betta fish need the same clean water, living space and warm temperatures as any other tropical fish. The small cubes and other commercial creations are not ideal homes for Betta fish, or any other fish for that matter.

As you likely know, Betta fish are fairly aggressive, and males will fight each other to the death. In fact, male Bettas will often attack other fish because they look similar to them, or for no reason at all. For this reason, it is often best to keep male Betta in single-specimen tanks. Two male Betta should never be in the same tank together. However, if you are smart about it, Betta fish can have tankmates in certain situations.

In summary: Betta fish are tropical fish requiring warm, clean water, plenty of room for swimming and an environment that does not provoke their aggression.

The Truth About Goldfish

I have a feeling you are going to be surprised when you learn some of the real facts about Goldfish!

Goldfish also originate is Asia. They are within the carp family, as are Koi. Koi are the large, ornamental fish you may have seen in fish ponds.

There are many different kinds of Goldfish, but the two many people are familiar with are the Common and Comet Goldfish. These are the cute, bright-gold little fish you can win at fairs, and they seem like the ideal pets for children and people who don’t want to deal with a real fish tank.

However, the Common Goldfish can grow over a foot-and-a-half long, and there are examples of them weighing up to four pounds! Comets, distinguished by their flowing tail, grow nearly as large. These are not fish that belong in a little bowl. Like Koi, Common and Comet Goldfish that start out in tanks often finish out their lives in fish ponds.

Fancy Goldfish come in a wide array of varieties. They are more distantly removed from their carp ancestors, and don’t grow quite as large. However they are still big fish, typically reaching around 8 inches long. A single specimen requires about a 20-gallon tank to grow to full size. Again, not a fish for a bowl.

Because of their physiology, all Goldfish pollute the water very quickly, which is one of the reasons they require so much space. It also means they need a good filter to keep their tank clean. They thrive in water slightly cooler than tropical temperatures, in the 65-75 degree range.