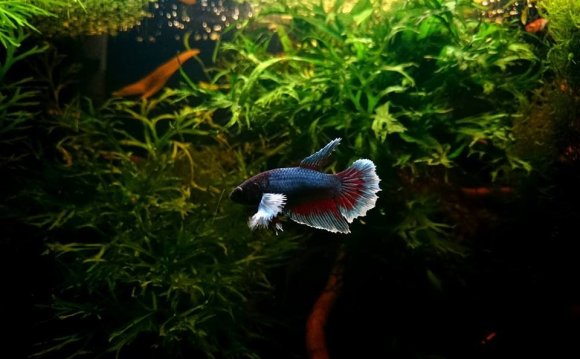 These are only a few of many questions that you may have about fish. Fish are no different from any other living organism on the planet, so all of their structures have specific functions that they perform that have been adapted to their living environments. This page is meant to give you a closer look at all of these structures and their functions, through photography and written descriptions.

Fish Structures and Their Functions: An Overview

Nostrils
The nostrils of fish do not open into the back of the mouth and are not used for breathing. They actually lead into organs of smell which are very sensitive, so that a fish can detect the presence of food in the water at considerable distances.

Eyes
The eyes of a fish have large round pupils which do not vary in size.

Gills
The gills serve as the breathing mechanism for the fish. Water passes over the gills and they absorb the oxygen that is dissolved in the water.

Operculum
The operculum is a bony structure covering and protecting the gills; it plays an important part in the breathing mechanism.

Fins
Fins give stability, and control the direction of movement during swimming

The first fish I decided to photograph was the Crown Tail Betta Fish.

They are resilient fish that are native to Thailand but found all over the US because they make very good pets due to the fact that they are so low maintenance. I also found that they tend to be very calm and easy to photograph when they are by themselves. These fish are primarily known for their elaborate tail that differentiates it from other bettas and all other fish. The males are usually more colorful than females, although some females can be just as elaborate. Males have been known to be very aggressive and combative and have been bred over the years in order to enhance their fins and vary in color.

Here are some of the specific structures and their functions...

Betta fish are known for their aggressive and combative behavior. They can be provoked many different ways. One way I got them to react was by putting certain color filters over the light source and because they see different wavelengths, different colors would cause them to react. They seemed to get most annoyed when the red filter was over the light. As shown in the image above, they show that they are agitated by puffing out their gill coverings and making their tail and fins larger. They also do this often in their natural environment, when confronted by an enemy or in an instance of courtship in order to impress a female.

The image on the right shows in more detail in how the gill coverings look when they are extended and the image on the left shows how the betta's gills would look normally.

How the Crowntail Betta got its name...

Obviously their most known and admired characteristic, their tail is