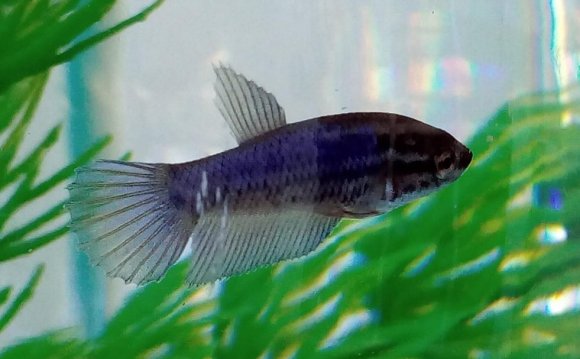 1Part of this paper was a dissertation submitted to Washington State University in partial fulfillment of the requirements for the Ph.D. degree. The research was partially supported by the Washington State University Research Fund. Portions of these data were presented at the 1972 meeting of the American Psychological Association, Honolulu. The authors are particularly indebted to Grant L. Morris for his invaluable assistance in the design and construction of the apparatus and for his many helpful suggestions throughout the experiment. Thanks are also due to Drs. F. Dudley Klopfer and Robert F. Chapman for their constructive criticisms and encouragement and to Rod Peters for his assistance with data collection. Reprints may be obtained from P. Diane Turnbough, The Bert Nash Community Mental Health Center, Inc., Fourth and Missouri Streets, Lawrence, Kansas 66044.

Siamese fighting fish were trained to emit an operant response that was reinforced by the opportunity to view a motion picture film image of another fish. Performance under various schedules of reinforcement was examined. When reinforcement followed every response and when reinforcement was delivered after every second response, the number of responses per session was higher than during operant level or during extinction. Reinforcement delivered following intervals of no responding (differential reinforcement of other behavior) markedly decreased responding. Light from a projector without film was found to be as effective a reinforcer as film reinforcement. Responding when projector light reinforcement followed every response was maintained at approximately the same level as that obtained under film reinforcement. Responses per session decreased when only the light was delivered on a differential-reinforcement-of-other-behavior schedule. The behavior of the fish during presentation of the film was markedly different from their behavior while the projector light was being presented.