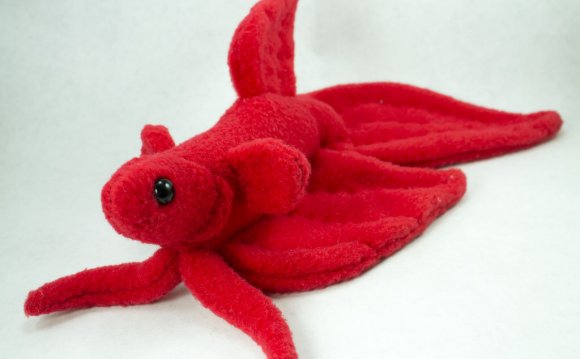 The Veiltail Goldfish: An Angel of the Water

The Veiltail goldfish, one of the most rare and beautiful of the fancy goldfish family, is known for its long, trailing tail and fins. Learn about this graceful type of goldfish.

The Veiltail has a compact body shape like a fantail but somewhat rounder, with a deep belly and slightly arched back. The body should be, ideally, as deep as it is long, and the fins flowing and graceful. Large anal fins indicate that the fish should develop a beautiful tail as it matures. The tail of this goldfish breed should be at least twice the length of the body, fully divided from tip to caudal peduncle with no distinct lobes. It is square in shape and drapes elegantly behind the fish as it swims. The dorsal fin of a Veiltail is remarkably tall, like the sail of a boat – ideally as tall as the body is deep, with no folding to the one side or another. This high dorsal fin adds to the angelic presence of this beautiful fish.

Is My Fish a Veiltail Goldfish?

Many Fantail, Ryukin and Oranda owners mistakenly believe that their goldfish is a Veiltail when they see the length of the tail increase with age. These fish may boast superb finnage with proper tank room and time, even trailing their fins along the substrate as they swim. However, true Veiltails are their own breed and do not belong to any other category. A so-called veiltailed Fantail is nothing more than a Fantail with a genetically long tail. A goldfish that has headgrowth, a humped back, or the typical body shape of a Fantail is probably not a Veiltail goldfish.

History of the Veiltail Goldfish

Believed to have originated in Japan, this goldfish breed was first bread in the United States in Philadelphia during the late 1800’s. They became known as the Philadelphia Veiltail during the 1920s, and later they were also called the Broadtail. The breed was near extinction in the United States until hard-working enthusiasts revived it, and continue to preserve the traits of the first strains. The breed has been modified, with certain varieties including a dark, velvety telescope-eye from Europe and additional color varieties from China.