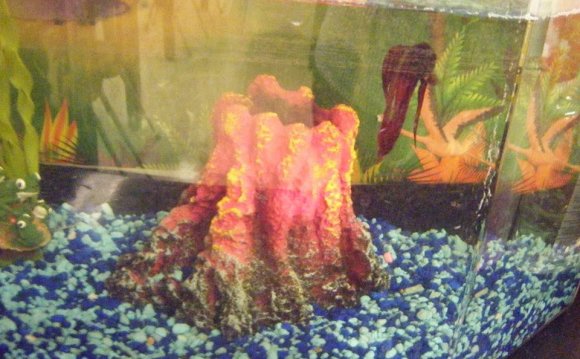 You’ve probably heard that betta fish prefer to live alone, and for the most part that’s true, but they can actually live with a few select tank mates. The mystery snail is one such pal that is docile enough to cohabitate with a betta fish. Having a betta fish in your tank is great, but soon (if you don’t have it already) you’ll get the itch for more than one marine creature in there. If you’re not ready for a sorority of females or other tankmate fish species that require at least 8-10 gallons or more, you should consider the mystery snail.

Mystery snails require a similar water pH at 7.0-7.5, temperature between 68-82 degrees fahrenheit, and regular day and night cycles just like your betta fish. Your snail won’t be as active as your betta, but they can be very active when they are feeding and in an exploring mood. It is recommended that if you do choose to add a mystery snail to your tank that it be at least 5 gallons in size. This is because of good ecosystem care and space requirements, and the bio-load or amount of waste that can occur. The larger the tank, the more community members that can exist in the tank and remain healthy.

One of the biggest advantages to adding a mystery snail to your betta’s tank is that they feed on algae and fish flakes and betta pellets. They will scale across the substrate and sides of the tank’s glass to clean up all that excess waste that builds up! One man’s trash is another man’s treasure right? Do be careful though as mystery snails can become very stressed from similar situations that betta fish undergo. When adding them into the water, make sure they land right side up, and always acclimate them to the water temperature and its other parameters. Not doing so can result in death on day one.

Snails that go motionless for a day or more, or are upside down or floating may be dead. The ‘smell test’ or removing them from the tank and sniffing near them will be the true test. A dead mystery snail expels a very gross and pungent odor. Their average lifespan is much shorter than a betta fish’s and is typically around one year. Remove dead snails immediately to avoid disease and tank pollution (e.g. ammonia) which can harm your betta fish.

Although I have never experienced this myself, even from tanks without lids, some mystery snails can be great magicians and escape their habitat. Take care by keeping your tank’s lid on at all times, and lower the water level to prevent any mishaps. Escaped mystery snails should be acclimated back into the tank as soon as possible as they can dry out very quickly and die.

Coloring also varies across mystery snails because what their name implies many are a mystery. The most common coloring is blue and dark shell colors all the way to cream and yellow. They do need a male and female to mate so you also won’t have to worry about them reproducing asexually and taking over your tank. That is unless of course you purchase a pregnant female.

Some things to look for when purchasing a mystery snail pal for your betta fish is signs of good health. These include the following: a strong shell with no visible cracks or pitted areas, snails that are actively moving or attached to the tank’s sides, cohabitating with living and healthy fish, and contains all of its tentacles and there is no damage to its eyes or operculum.