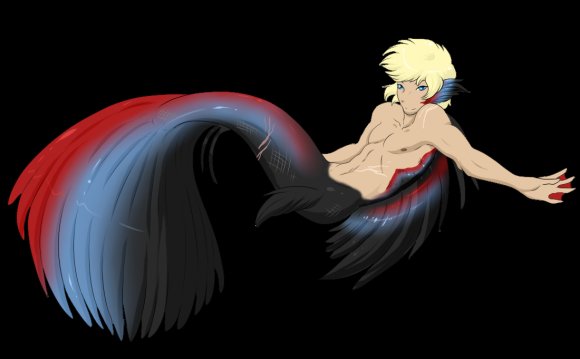 A 27-year-old Southeast Portland man who beat his ex-girlfriend and then stabbed her pet fish and left it impaled in her apartment has been sentenced to two years of probation and a psychological evaluation.

An attorney for Donald Earl Fite III said he didn’t want to talk about the details of the assault, but that stabbing the fish was “a very low point” in his client’s life.

"He is absolutely mortified and ashamed about what he did to the fish, " said attorney Tom MacNair today in Multnomah County Circuit Court.

Fite had no criminal history and declined to comment, saying only that his attorney had said it all.

According to an affidavit filed with the court, Sarah Harris had broken up with Fite, but returned to her East Burnside Street apartment in Portland last July 25 to find Fite lying on her bed. Fite wanted to get back together, but Harris didn't.

When she told him she had plans that evening, Harris refused to let her leave the room she was in, the bathroom, according to the affidavit. She tried to push past him. He threw her against a wall. She again tried to leave, punching him in the nose to get by. He grabbed her by the hair and threw her against the bathtub – ripping out her hair extensions and causing her to hit her head.

She escaped and called 9-1-1 from a pay phone. When she returned with an officer, she discovered her fish, a brilliant purple betta named DeLorean, had been impaled on her wood floor. It still had a knife sticking through it.

"I started crying hysterically, " said Harris, who didn't attend the hearing but spoke with The Oregonian by phone.

"Donald bought the fish for me, and I'm sure he knew how much I cared for it."

Fite pleaded guilty to first-degree animal abuse and fourth-degree domestic-violence assault. In addition to probation and a mental-health evaluation, he must work 80 hours of community service, pay $617 in fines and fees and stay away from Harris.

Deputy district attorney Eric Zimmerman told Judge Eric Bergstrom that the victim had requested restitution for an unusual reason – she wanted Fite to pay for a memorial tattoo she plans to get of the fish. The judge declined to order Fite to pay for the tattoo.

The judge also decided against banning Fite from having contact with fish, saying the stabbing was probably a one-time incident.

Fite misinterpreted what the judge had said, and appeared upset. "What? I'm not allowed to walk into a pet store?"