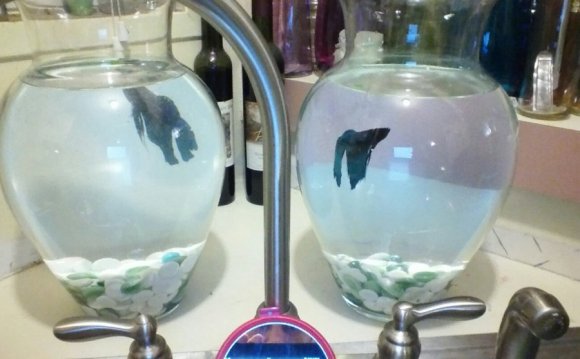 I'm sure you all have heard about fish and their three-second memories. Turns out that is actually a myth! I have a Beta fish in my dorm room and every day I pick up his food bag and once he sees it, he automatically rushes to the top of his tank. That led me to think, "I thought fish had an extremely short memory? How does he know that I am going to feed him?" I figured that all fish were like Dory from the movie, Finding Dory. I wanted to investigate this so called "fact" about fish.

I came across an extremely interesting study made by college students in Israel. They said that every day at feeding time they would blast a particular sound underwater in a speaker every time they put food in the water. After constant training, they would put the speaker in without the food and the fish would still swim to the location because they knew it was time to eat. The most interesting part is that they released the fish into a small section of seawater to fend for themselves. Five months later, they put the speaker under the water, played the sound, and the fish automatically went to the top of the water waiting for the food...

A man named Culum Brown created his own study involving fish and their memory to get out of a net. He would catch them in a huge net and had a hole for an escape route. Within five trials of his experiment the fish finally learned how to get out of it. He used the net a year later to catch the fish, and without a doubt the fish swam to the hole and instantly got out.

So the typical stories you hear about fish having three-second memories, do you still believe it? I personally don't believe it is possible for a living thing to have a memory that short, but who knows! My fish is pretty smart if you ask me, but maybe I am the dumb one falling for this idea!