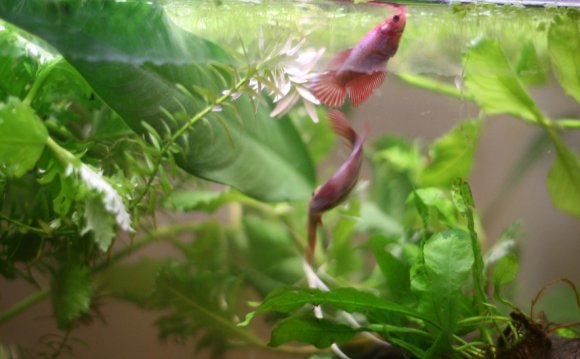 Bettas, aka Siamese Fighting Fish or Betta Splendens, originally came from the muddy ponds, streams and rice paddies of Thailand. The original betta splendens had dull coloring and short fins.

The bettas we know today have long flowing fins and come in all sorts of striking colors, due to genetic mutations while breeding. Their long flowing fins is a distinguishing characteristic that is only acquired by the male, female bettas are generally smaller and have short fins. Male betta's aggressiveness is another trait that sets them apart from female bettas. Male bettas are much more aggressive than female bettas, that is why male bettas cannot be kept together where they are in contact with each other. Once in contact, they will instinctively fight to the death, hence the name siamese fighting fish. It is very important that the owner understands to respect this animal's trait, rather than to use it as a form of entertainment.