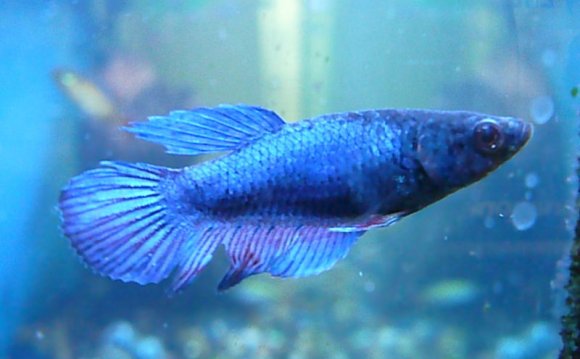 Small groups of female Siamese fighting fish were observed in an attempt to determine whether a dominance order exists in these fish. Each fish, in each group, was allocated a rank for each activity on each day of observation. The rankings for the number of bites of food from a restricted source, the number of displays, the order of attacks, and the number of attacks each showed a significant concordance from day to day. A significant concordance was also found between the rankings of the different parameters. These data show that a stable dominance order is formed when females are in small groups. The top-ranked fish engages in more mutual displays and single-fish displays with the second-ranked fish than with the bottom-ranked fish. Displays showed differences in duration dependent upon whether or not they resulted in an attack. These data are discussed in terms of the conflict hypothesis and are in agreement with Simpson [1968] concerning the use of that hypothesis.