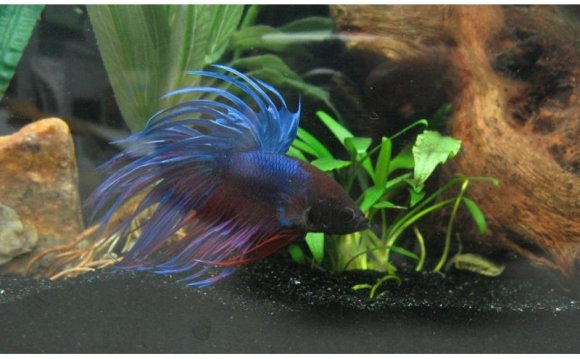 Individuals must often decide among a range of behavioral responses in a given situation and individuals will likely vary from one another in the choices they make. A rarely explored example of this is when both a male and a female are present simultaneously and a male must decide to fight or court. Consistent individual differences have been found in decision-making in Siamese fighting fish; however, dummies were used to explore this question and it is possible that individuals respond differently in this situation when faced with live stimuli as a result of feedback. Therefore, this study investigated whether males behave similarly to dummy and live stimuli by exposing them to male and female conspecifics both simultaneously and separately. Subjects were tested first with dummies and then in the same situations using live conspecifics. It was hypothesized that males would respond in the same manner to both the dummy and live fish. The results indicated that individuals behaved similarly to the dummy fish and the live fish in corresponding conditions. In addition, repeatability levels suggest that individuals behaved similarly across trials of a given treatment type while differing from one another in their responses. This study demonstrates that males are consistent in their responses even when receiving feedback from conspecifics and supports the continued use of dummy stimuli as an effective tool.