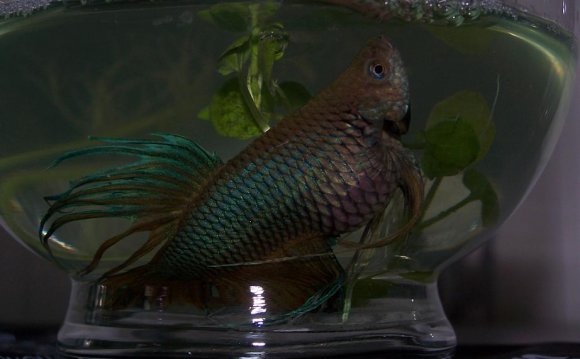 “Do you think so?” I’d ask, hoping one of them was secretly a marine biologist. Nobody was, of course.

“I guess you could just flush him, ” one friend suggested offhandedly.

“You mean while he’s still alive?” I said.

This idea offended me. Not so much because it was cruel but because it was swift, impersonal and deluded. As if the flushers believed that some bubbly aquatic afterlife existed at the end of the sewer pipe, a place where Sea-Monkeys frolicked and played baseball. No. I wanted to end a swimmy life with dignity.

When I turned to the Internet, I was heartened to see that others had considered the matter as well. There were plenty of Web pages about euthanizing pet fish. One of them even had an online poll that asked, “Have you used or do you practice fish euthanasia to put a sick, dying and suffering fish out of its misery?” Sixty-three percent of the visitors who voted answered yes. I won’t say this influenced me, in case there is an online poll somewhere about jumping off a bridge, but it helped me feel better about my eventual decision. I read several articles discussing the various methods of merciful fish killing, none of which involved giving them swirlies. There was frequent mention of Finquel, a veterinary anesthetic that could gently put a fish to sleep forever. Other reportedly reliable practices included pithing — stabbing a fish in its little-bitty brain — and decapitation. These seemed messy and complicated and not nearly as appealing as a vial of sleepy-fishy-potion. One Web page declared Finquel “possibly the Rolls-Royce of fish euthanasia.” And I thought, Only the best for Bootsy.

But Finquel, it turns out, is a rare commodity. It wasn’t in the pet-supply department at the huge discount superstore I visited. I tried PetSmart next, where I had to explain to a clerk why I needed fish anesthetic. His first language was not English, so he had to choose his words carefully. “I am sorry, ” he said, “but we sell only the things for the pets to stay alive.”