Can Bettas be kept with other fish? 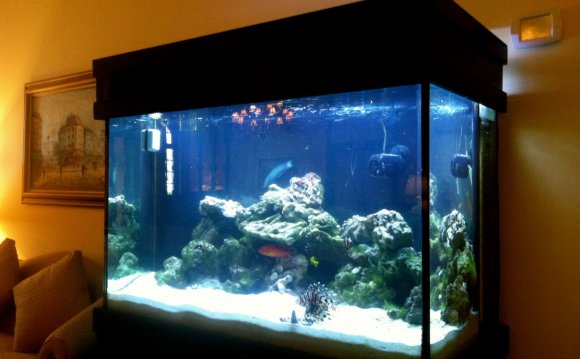 Ultimately, it boils down to a couple reasons. The first is convenience/efficiency, and the second is misinformation.

On the convenience side, that largely starts before a hobbyist ever buy their betta. Because betta males will fight to the death with each other, they have to be kept separately, at least once they reach a certain age. Conveniently, bettas have what’s called a labyrinth organ that allows them to breathe oxygen from the atmosphere as opposed to having to pull it from the water. Additionally, they are extremely hardy fish who can handle fairly poor water conditions. These factors allow them to be able to survive small quantities of unfiltered water.

So what you have is a situation where you have a very popular small fish that has to be kept separately, which would necessitate a huge amount of space and equipment except for that you can keep them in very small, minimal containers. And that’s what is done in the name of convenience and efficiency. It saves space and money over having to provide them larger, more complicated housing.

This then leads to the misinformation. hobbyists go into their store and see their bettas being kept in tiny cups or bowls and are told that in the wild bettas live in puddles (which isn’t particularly accurate, but creates a mental image of a fish flopping around in a tiny, dirty amount of water) and people start to think that that’s how they should be kept, or even that that’s how they evolved to live. There’s also a chicken-and-egg situation when it comes to equipment.

There’s a huge amount of “tanks” designed for bettas that are extremely tiny which you can find in virtually every fish store. I personally don’t know if the presence of these tiny tanks leads to hobbyist thinking that’s what they need, or if manufacturers started making them because that’s what people wanted. But either way I think it’s become a self-feeding cycle.