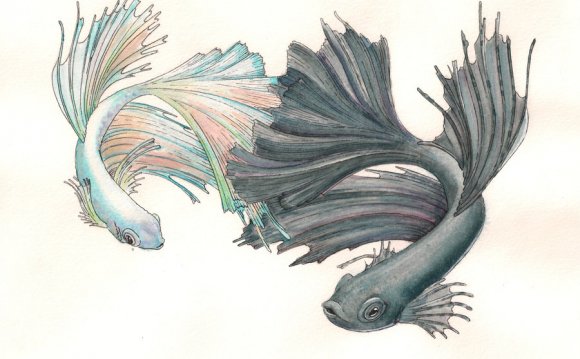 “Do betta fish like being alone?” is a slightly different question. However, the answer is still yes. Betta fish are by nature solitary and territorial.

It’s also important to remember that female betta fish can be almost as aggressive as male betta fish. In some ways they can also be more dangerous to other fish. This is because their shorter fin size gives them greater speed in the tank.

It’s often said that female betta fish can be kept together, in a sorority of around six fish. This isn’t necessarily the case. If you want to do this you need to make sure there is plenty of space in the tank. You also need to make sure that there are plenty of places for the fish to escape from each other. Even then, depending on the personalities of the fish involved, there may still be casualties.

If you really want to keep a betta fish in a tank with other species of fish then you should make sure the tank is at least 10-15 gallons in size. You should also think about the following points.

The safest way to keep a betta fish is usually on its own. Just make sure it has plenty of cover in the tank; and items to entertain it. More placid bettas can be kept with other fish but you need to make sure there is plenty of space in the tank. You also need to choose tank mates wisely.