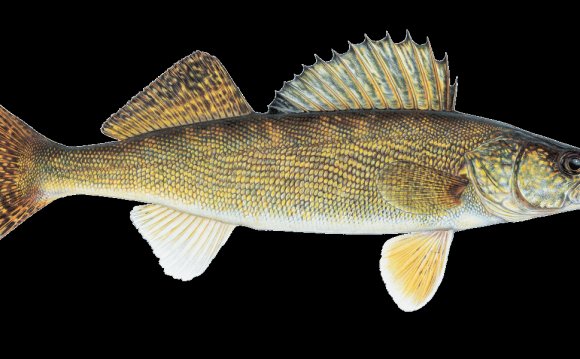 The types of Fighter Fish(Beta)

These types are somewhat rare in our country in comparison to the other fighters. They are singled tailed betas with rounded edges. They are also sometimes mistaken to be female due to their size being so small.

Delta tails have straight caudal edges which extend outwards from the back of the fish. These fishes have a strong genotype resulting in most offspring being delta and some being halfmoon.

These tail types are an enhanced version of the Delta tail. They have the most beautiful tail type available putting halfmoon types second best on the list. The tail shape remains the same as the delta tails with the only exception of the tails being much longer and more pleasant to look at. Breeding them might produce HM offspring as a 10%-20% of the total.

Specifically a HM beta must have a caudal where both ends are exactly 180 degrees apart or more outwards. If they are curved or bent inwards then they aren't HM beta. While breeding HM beta 3 major points must be noted as follows:

3) 180 degree caudal edges with crisp edges-(this depends on your taste entirely but this measurement usually has the most attractive HMs.)

When bred the HM will give 2 types of offspring:

1) OS - When the ratio caudal/body < 1 the Oval Shape tailed HM are formed.

2) CS - When the ratio caudal/body = 1 the Circle Shape tailed HM are formed.

The OS halfmoons are quite beautiful themselves but the CS are truly amazing and quite rare as well. There is good amount of argument as to which type looks more attractive, the Super Delta(SD) or the Halfmoon(HM). The SD wins due to astonishing colours while the HM wins due to their tails being so magnificent. But as they have similar parents it is possible to get 10%-20% SD when breeding HM and vice versa and SD and HM can actually be called siblings.

Selective breeding to find the perfect HMCS beta has given birth to this tail type of betas. The main characteristic of these betas are excessive increase in length of all three of their main fins which presumably gives rise to the tail looking "rose-like". The extreme form of this selective breeding sometimes very rarely produce the perfect rose tail beta more commonly known as Feather-tail beta which is the most rare beta type in the market as there is no certainty of attaining this fish through breeding and only can be granted by luck itself.
Breeders trying to gain more Feathertail betas try to crossbreed HM and SD with a present Rosetail only to end up with X-FACTOR fish. These are the fish that are unable to move properly, has poor scales, shorter ventrals and collapsing fins. Spinal deformation is also seen. So it explains why the Feather-tail is the rarest kind of beta to find.(The red one's the rose tail)

These are fighter fishes that resemble their wild ancestors a lot. They are not very popular as they have smaller or same sized tails as Round tail betas but they can be cross bred to make them look pretty as well. But their physique is by far the best. They are generally more active that their longfinned friends, fins not excessive like the Feathertail, Rosetail, Moontail or Super Delta Tails. This, along with their superior resistance to disease makes them the dream of a small range of collectors. Plakats are the fishes meant to actually fight. They have the highest fighting ability, sharper teeth, harder scales, longevity and aggression.

This species of Fighter fishes emerged first in the year 1997 in Indonesia, West Jakarta and Slipi. The webbings between the tails are reduced and replaced with pointy edges and spikes giving it the appearance of a "crown". The image of the Crowntail Plakat above is an example. The Crowntail is actually like an addon to the Fighter fishes. They can be found in any type of fighters. For example HM, SD, VT, and DT are quite easily found. The perfect Crown tail is a 50% reduction of webbing in all three(3) unpaired fins(anal, dorsal and caudal).

They are dominant in genes and produce CT offspring as early as F1 generation. CT x CT will produce 100% CT with variations ranging from DT to HM to VT depending on the parents.

The commonest and most available Fighter is the Veil Tail(VT). This is the natural form the tails take when artificially bred with the wild true short-finned Fighter Fishes(Resembles Plakats). They have a caudal that arches downwards like a wedding veil. They were one of the firsts to hit the Bangladesh market.

These are now the extinct species of Fighters- at least in Bangladesh. They started disappearing in the early 90's before which time they were fairly common. As the name suggests their tail was shaped like a spade.

This is a fringe type tailed beta produced from a cross between VT(Unfringed) and CT(Fringed). Instead of the minimum 33% tail webbing reduction that marks CT fighter fishes the Comb Tail has a more spiky appearance. The fringe effect must appear on all 3 tails to make a proper combtail.
Breeding CT with HM gives a beautiful combination called Combtail Halfmoon, more commonly called a Halfsun Betta.

If you want to breed your betta there are 2 general methods that you can use: