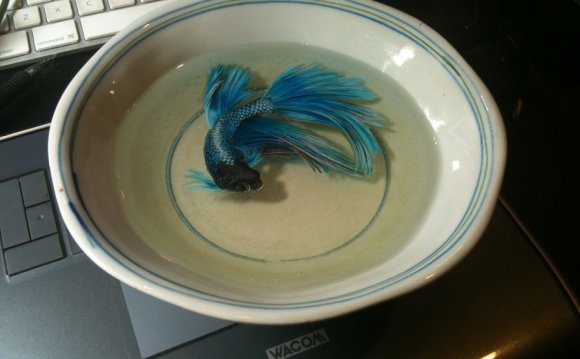 Stand-up anglers bend at the knees enthusiastically and repeatedly to gain line, almost like a participant in a cardio class. Other anglers sit on a rod that’s pressed against a rail, positioned as if riding a horse.

No matter how weird these anglers look, each of their different techniques has merit and helps lead to a successful capture. Notice how none of the anglers rely on pure back strength? Your back is one of the first body parts to tire in a drawn-out fight. I spoke with three captains who regularly fight massive tuna, marlin and trevally to learn some of the best techniques to triumph in protracted struggles with large sport fish.

“The first key element to understand is to fight the fish and not the rod, ” says Andrea Traverso, head guide at Ocean Blue Fishing in Vanuatu. The South Pacific island nation is home to some of the nastiest-fighting fish in salt water, including huge dogtooth tuna, wahoo and giant trevally (GT).

For GTs, Traverso tries to pull the fish out of the reef first by driving the boat away, and then by staying above the fish once in deeper water. To successfully break the will of big fish from greater depths, an angler must pump up and wind down.

“Practice using the swells to assist your action when fighting big fish such as doggies, ” Traverso says. “Use the ­moments when a fish is taking line to rest, breathe and rehydrate. That’s not easy when adrenaline kicks in.”

Use your full body as opposed to just your arms. Bend your knees, lean back, and keep your back and arms straight. Have the fighting harness around your hips before the fish is even hooked. With the belt and harness just below your lower back, all pressure from the fight should transfer to the hips, thighs and legs, which tends to be easier on an angler.

If the fish is not taking line, it means you had better be gaining line, or the fish may recuperate. “The short-stroke technique, using short pumps with a single wind on the way down, can slowly turn a big fish your way, ” says Traverso.

Traverso has general fishing-rod recommendations: For big fish, the squatter the better. “If you’re live-baiting for dogtooth tuna, I would recommend a short bent-butt stand-up rod with a relatively light reel loaded with heavy braid, ” he says. “For jigging, a short parabolic rod is important with a good spin or overhead [conventional] reel. For popping, there is no better choice than a long rod able to cast ­poppers and stickbaits 250 feet.”

Capt. Bryan Toney, of Marlin Magic Sportfishing in Kona, Hawaii, targets yellowfin tuna and marlin heavier than his anglers from a custom 43-foot sport-fisher. Most of his clients fight the massive marlin and tuna from a chair, but he points out that the fishing principles are the same whether ­fighting in a chair or standing up.

“Probably the biggest mistake anglers make in fighting fish is thinking they can just muscle fish in, ” says Toney.

Get your timing right by winding line back on your reel after the rod has done its job lifting the fish. Put a good bend in your rod and wait for it to lift the fish, watching for that rod tip to uncurve even just an inch or two.

“Controlling a tuna isn’t too hard if you’re using heavier line — maximizing drag keeps its head turned, ” he explains. “If you take big, long strokes with your rod and try and get three or four cranks, the tuna will win every time and get its head back down.”

As far as stalemates go, Toney uses the boat to plane fish up from the depths. A captain can make the fight an extremely grueling and long affair ­without proper boat handling.

“I’ll have the angler employ more drag, depending on how much pressure is already applied, and slowly pull the boat away to get a better angle, ” says Toney. “Even if line leaks off the reel, that’s OK. The angle is what’s ­important, plus getting the head up.

“The closer you stay to the fish, the more enjoyable it is for everyone, ” he adds. “Help from the captain allows the angler not to become overwhelmed.”