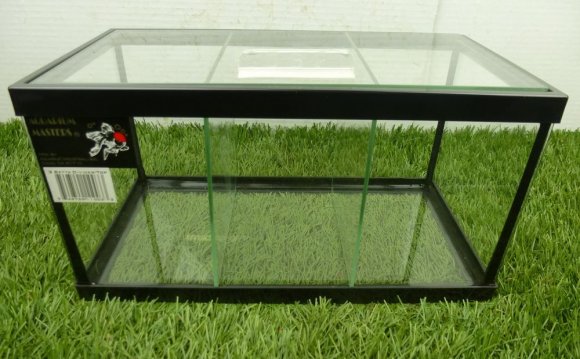 Care must be taken to prevent two bettas from brawling.

Betta fish also go by the name of Siamese fighting fish for a very good reason. They, especially the males, are extremely pugnacious, scrapping at every opportunity. Two females may coexist, but two males cannot. A male/female pair will only get together briefly at breeding time, and then it’s back to fighting. This doesn’t mean you can’t keep two bettas, but you’ll have some work to do.

If you already have more than one betta and they’re scrapping constantly, take immediate action. They risk seriously damaging, if not killing, each other. Buy or make an aquarium partition, which is simply a sheet of mesh or plastic with holes cut to the size of your tank. Ensure that water can flow through, but the fish are stuck with one on either side. Because they can see each other, they’ll still exhibit fighting behavior and will be stressed, but they can’t cause physical damage.

Get a Bigger Tank

To keep more than one betta, you will need the biggest tank you can find space for. Aim for at least 25 gallons, preferably more. Let it cycle fully as normal and include plenty of growing plants. Aquarium rocks and other shelters are also helpful. You need plenty of places that the bettas can take refuge from each other.

Two female bettas may tolerate each other, provided they have sufficient hiding places. Try having them loose together in the large tank, but keep a close eye on their behavior. Some individuals are feistier than others and may never cope with having free access to another betta, although they’ll probably be fine with other fish species. If they carry on fighting, add a partition.

Males cannot be let loose together, so you have two options. You could transfer one to the new aquarium and keep the other in your old, small tank. Otherwise, a partition in the new tank will keep them apart. Arrange the vegetation so that they cannot see each other easily.

A male and female pair may appear to get along just fine to begin with. However, they will probably mate, and then you have problems. The male looks after the eggs and fry - baby fish - and will try to chase off the female. In the confines of a tank, this is not possible, so he may kill her unless you separate her quickly. The male too must be removed after about a week. You will also need to find homes for all the juveniles once they mature.

If you are setting up your first aquarium and want more than one fish, don’t consider buying two bettas. Instead get one female and a few other tropical fish. A particularly belligerent male betta is best completely alone or with only invertebrates, such as snails, for company, but less aggressive individuals should tolerate other tropical fish. Look for companion species that do not have showy fins and are not fin-nippers themselves.