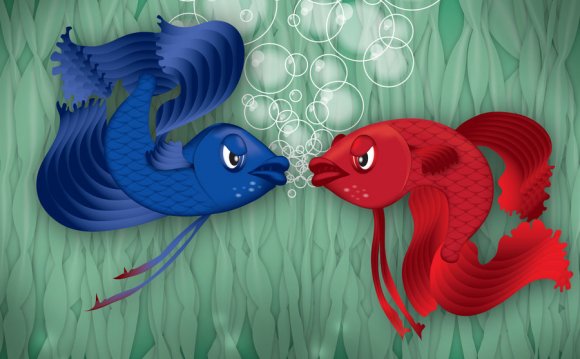 The first thing to do is relax. New anglers tend to panic when a fish is taking out line and reel furiously, which puts a twist in the line for each time they crank it if they are using a spinning rod. Let the drag and rod do the work. Before the fight, you should have set your drag — using a hand scale — at around 25 percent of the line’s breaking strength, so if you are using 12-pound test, you should be using about 4 pounds of drag. Unless you have hooked Moby Dick, this should slow the fish down. If it looks like it’s not stopping, pull up the anchor and idle after the fish. But don’t apply more drag, just make sure to keep the rod at about a 45-degree angle to the water, and point it in the direction to where the line enters the water.

Steady As She Goes

When the fish slows down and stops taking more line, it’s time to go to work. The best technique for the catch is to gently pull the rod up and then reel down as you lower it, using a pumping motion. Do it in small, smooth strokes rather than large abrupt sweeps because it will help keep both the line tight and the fish much calmer.

If the fish runs again, let it go and you will probably notice that this run is shorter. That’s a good sign — it means you are wearing the fish down. While you don’t want to horse a fish, you don’t want to let it rest during the fight either, so when the reel isn’t singing, you should be trying to regain line ... even if it is only a few inches at a time.

When the fish gets close, this is a critical time in the fight because often it will panic when it sees the boat. If the fish is directly below the boat, make sure you don’t hold the rod too high, or it can break. If the fish suddenly goes under the boat, jam the rod tip straight down in the water so it won’t snag the bottom of the boat or foul on the engine’s lower unit.

If you need a little extra pressure when pumping the fish, use the palm of your hand on the spool, but be ready to take it off if the fish runs. When a really big fish gets close to the boat, use side pressure to try to turn the fish’s head by smoothly pulling the rod toward the fish’s tail. This often causes the fish to give up the fight, which makes the next part easier.

Use a net to land the fish. If you are releasing the fish, make sure the net is wet, so it will be less abrasive to the fish’s protective slime. If you have a helper, place them between you and the fish and lead the fish toward the net by walking backwards when you can’t reel any more. Never try to sweep the net at the fish from behind, always net toward the fish’s head, because it can’t swim backwards. If you are keeping the fish for dinner, get it on ice. If you are releasing it, take a picture and get it back in the water, taking time to resuscitate it by grabbing it by the tail and moving it back and forth in the water until it swims off. Like the back of the shampoo bottle reads under its instructions: “Repeat.”