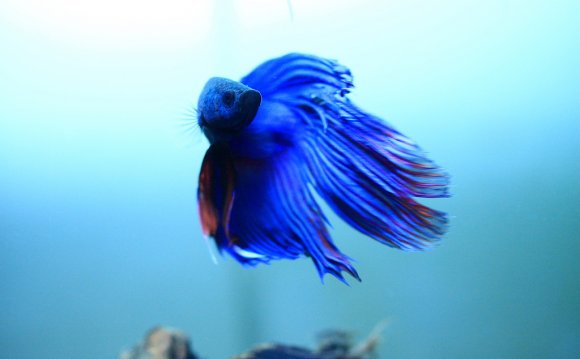 Getting to know the natural behaviors of your betta (Betta splendens) is always a good idea, since it will be easier for you to identify any potential problems at an early stage. Treating specific health problems before they become full-blown is much easier than trying to treat fish suffering from advanced stages of ill health.

Here are some common symptoms that aquarists should look out for to ensure that whatever problems their betta fish may be experiencing will be addressed the soonest possible time.

Abnormal swimming patterns are usually the first distinct signs that there is something wrong with your fish. You may notice that your betta seems drunk, swims in circles, or drifts with the current. There are also those that may sink to the bottom and are unable to raise itself, or may be incapable of swimming toward the bottom. A sick betta may also float and stay at the water’s surface. A fish suffering from severe health problems may swim upside down with its abdomen facing toward the water surface.

Erratic swimming behavior may be caused by several factors. These include:

A betta may gasp and manifest labored breathing, signs that may indicate a health problem or poor aquarium maintenance. You may initially address the problem by increasing aeration and carrying out a succession of repeated water changes. If the problem does not go way, your fish may be suffering from a disease and may need immediate treatment.

Although aggression is a common behavior of male betta fish, there are instances when a fish suddenly becomes aggressive toward other fish when it is sick. This behavior warrants close observation in order to determine the underlying cause.

To successfully eliminate specific causes of erratic behavior of betta fish, you need to observe and get down to the underlying cause. Apart from medications for particular bacterial, fungal, or parasitic infections, the existing conditions inside the aquarium tank may be an important predisposing factor of the phenomenon.
Water testing should be undertaken first to rule out any abnormality associated with water parameters, including ammonia, nitrate, and pH.