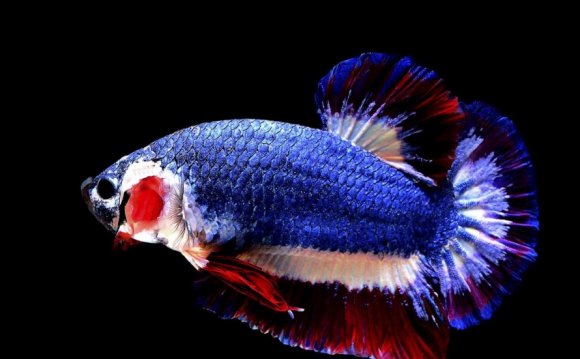 The winning bid on a Facebook auction for a betta fish pigmented like Thailand's national flag ended at a whooping 53, 500 baht (~$1, 500 USD)! As far as we are aware, this makes it the most expensive betta fish in the world.

This betta sold for an incredible $1500USD. Photo via Kachen Worachai's Facebook page.

The Thai National Flag Breeder Kachen Worachai posted his Thai-colored plakat betta on a private Facebook betta fish auction group. On the second day of the auction, the bid already reached 10, 000 baht (~$300 USD), which surprised Kachen. Little did he know this was the tip of the icerberg. The final bid of 53, 500 baht (~$1, 500 USD) far exceeded anyone's expectations.

Beautiful as it is, this betta's coloration may be short lived. Some people (e.g.
Location: Southern California

I'm a passionate aquarist of over 30 years, a coral reef lover, and the blog editor for Advanced Aquarist. While aquarium gadgets interest me, it's really livestock (especially fish), artistry of aquariums, and "method behind the madness" processes that captivate my attention.