When is mating season for Betta fish 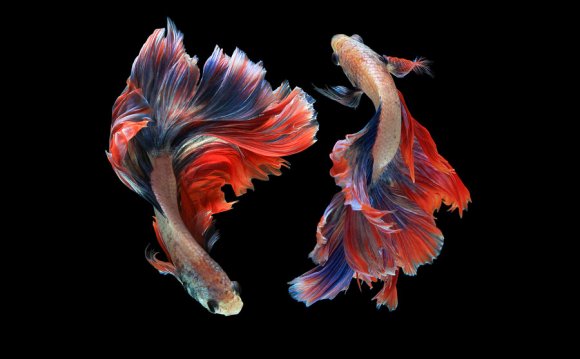 The male betta should then begin to build a bubble nest, and the male and female fish will “flare” at each other, displaying their full size and color as a prelude to breeding. The female will become larger at this time as her stomach distends with eggs. The entire process can take one to two weeks before both fish are ready to breed.

When both fish are ready, bring them together and expect lots more flaring, chasing, and possibly even what appears to be aggressive behavior between the two fish.

Ultimately, the male fish will wrap himself around the female to squeeze the eggs out of her, while fertilizing them at the same time. Once this is completed, the female fish will float to the top of the tank and the male to the bottom before the male, and sometimes the female too, begin to move the fertilized eggs to the bubble nest.

This can take a few hours to complete, and when it is done, the male will guard the nest, chasing the female away from it.

The embryos will usually hatch in just one to two days, after which the fry will eat their embryos for nutrition.

Around four days after this, the male should be removed from the tank so that he doesn’t try to eat his own offspring and the fry will begin to thrive on their own.