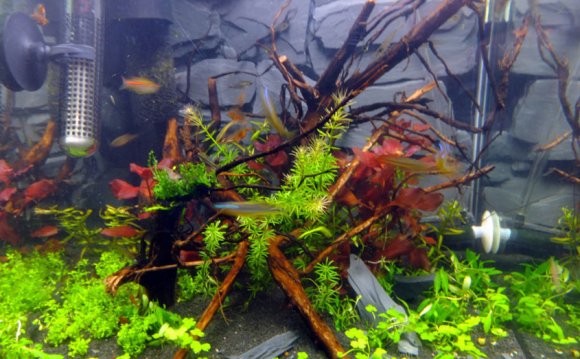 Learn about how aquarium fish medications work and what diseases they may be used for.

The key to keeping your aquarium fish happy and healthy is to offer them a high-quality diet and to keep your tank water clean. Even if you keep up with all of your routine maintenance tasks, however, there may still come a day when one or more of your fish get sick.

What Diseases Respond to Medication?

If you pay a visit to your local pet store and walk down the aquarium aisle you will find a number of medications for all kinds of different diseases. Unfortunately, many of the medications on the shelf are unlikely to actually have any effect on your fish. Certain diseases simply do not respond to medication which means that you’ll have to try something else. There are, however, two diseases which consistently respond to medication – fungus and ich.

Cotton Wool Disease – The name cotton wool disease is applied to fungal infections that affect the skin, mouth, or fins of your fish, causing fluffy white growths to form. These growths often appear in areas that have previously been affected by fungus, parasites, or trauma. There are several different types of fungus which can cause this type of growth but the most common are Achyla and Saprolegnia. Cotton wool disease typically responds to treatment with aquarium salt or antifungal agents like phenoxyethanol.

Gill Rot – This fungal infection is fairly uncommon in aquarium fish, but it does occur and it can be deadly if not properly treated. When a fish is affected by gill rot it typically exhibits gills covered in mucus and it may be gasping at the surface for air. This type of infection is usually caused by the fungus Branchiomyces and it is most commonly seen in fish that are stressed by high ammonia or nitrate levels. Long-term therapy with increased oxygen levels and phenoxyethanol may be effective, though it is more common for treatment to be completely ineffective.

Egg Fungus – This type of fungus is very common, especially if the eggs are damaged or the water quality in the breeding tank is low. The fungus responsible for this are usually Achyla or Saprolegnia and they are present in most aquariums but generally do not manifest as infections unless the water quality declines. Unfortunately, once an egg develops fungus it cannot be treated but treating the tank with Methylene Blue may help to prevent infection.

Systemic Fungal Infections – Systemic fungal infections are fairly rare in fish and they are notoriously difficult to treat. The main type of fungus known for causing systemic infections is Icthyoponus and it can really only be diagnosed with certainty through a post-mortem examination. Fish with systemic fungal infections generally show signs of poor health and they will continue to decline until they die. In some cases, treatment with Malachite Green has been effective.

The only other disease that frequently responds to medication is Ich – this is the nickname for a protozoan infection known as Ichthyophthiriasis which is caused by the protozoan parasite Ichthyopthirius multifiliis. This disease is highly contagious and it is most commonly seen in fish that are already stressed, particularly in cases of poor water quality. This disease manifests in the form of tiny white spots on the fins, gills, and bodies of infected fish and it can spread rapidly. Treatment of this disease involves increasing tank temperatures to speed up the life cycle of the parasite in addition to treatment with Formalin or Malachite Green.