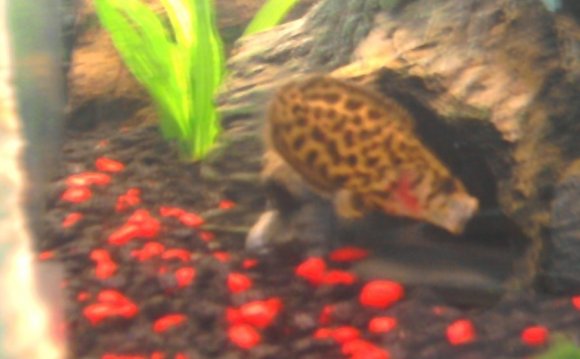 I've has my betta fish for 6 months now. It was doing just fine until a few (4-5) days ago. Suddenly it stopped eating. It also doesn't come to greet me in front of the tank like it used to. I won't say there's anything unusual about his swimming pattern, but he is "jumpier" than usual. Like if I put a finger in front of the tank where he is, he swims off really fast. He's never done that before. I had been feeding him 2-3 pellets 2-3 times a day. I never realized I had to do a 25% water change until a few months ago. I haven't done a full water change in a long while. I also have a filter and I also know that it has nothing to do with the temperature (I have a thermometer that measures the water temperature) or the tank size (2.5 gallons. He's never had problems with it). The only thing I'm missing is a light source but I think he gets enough of it anyway. Also, I recently started feeding him bloodworms to see if it helps. Nope. He only eats one. Most of the times, he doesn't even eat at all. I checked for a sign for fin rot but there's nothing wrong with him. I'm at a loss for what to do. I need some help.