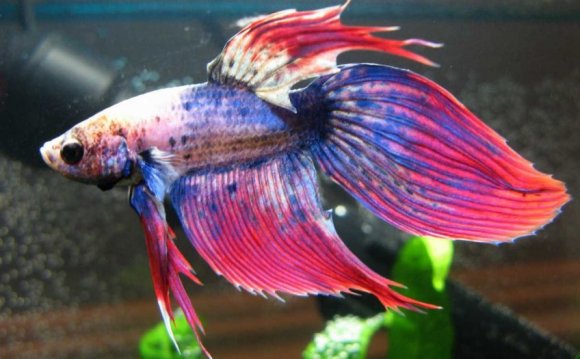 Betta fish are also known as Siamese fighting fish.They flare their gills when they are ready to fight. This makes them appear larger since fish do not have very good eyesight. They also fan their gills when they are trying to court a female Betta. A female Betta will fan her gills as a sign to the male that she is willing to mate or to another female to show that she is in charge.

Many people breed these fish to fight and may even take bets on which will win. If it is a pet, however, Bettas should never be put in a tank with another aggressive fish. They are very territorial and will attack other Bettas or smaller fish to show their domination. Because of their showy tails, they are easy targets for larger aggressive fish.

Bettas are one of the few fish that can get air from above the water. This means they can live in small containers that do not require filters. They can even live outside of the water for a very short amount of time.