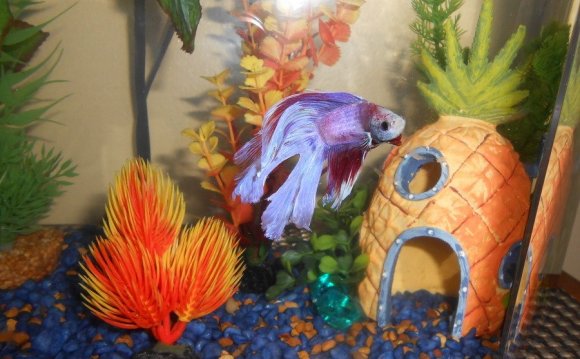 “No pets except for a 10 gallon fish tank.” For many UConn students this was a sad thing to see when first going through your housing requirements. The thought of leaving fluffy the bunny or max the dog at home is almost too much for some students. Even for me, an animal science major, the thought of not being able to bring my collection of feathery and scaled creatures was daunting. But I wasn’t too nervous, as setting up and running different aquariums had been a hobby of mine for many years. So much so that I decided to capitalize on UConn’s pet rules by starting a club that educates students about the aquarium hobby by building its presence on campus. By October of freshman year I was submitting my constitution and other required paperwork for my new organization.

Not much later AquaLife club was born with a stellar executive board made up of a few of my recently made friends and none other but Dr. Steven Zinn, the head of of the Animal Science Department, as our advisor.

In the past semester our club has grown into a fully functioning student organization with almost 30 active members, weekly meetings, and our first fish tank project on the schedule. One of the main goals of the club I hoped to achieve when I first formed it was to install and maintain aquarium of different kinds around campus. Almost like the Animal Planet show Tanked but on a smaller scale. I thought the tanks could help with stress relief on an already hectic campus, as fish are proven to help calm humans and ease anxiety, all while increasing knowledge of the hobby. Our first tank will be a 29 gallon freshwater community tank and will be placed in the Animal Science Department.

I’m hoping AquaLife club will continue to grow and long outlive my career at UConn. It’s a great example that at UConn you can start a student organization from nothing if you have the passion for it and it is not already offered.