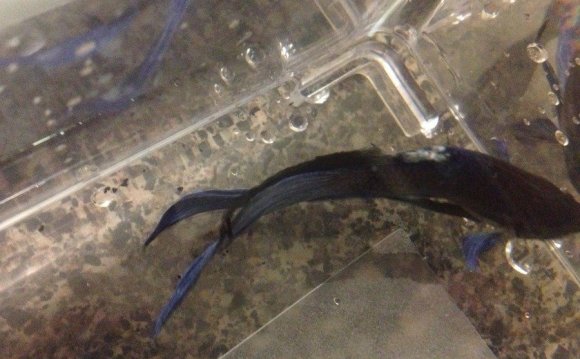 That means that if our fish can carry it, which they can, then we can get it from them, which we sometimes do.

Fish TB is caused by one of several pathogens, all belonging to the genus Mycobacterium. They can be affected by, or at least be passive carriers for, M. abscessus, M. chelonae, M. celatum, M. dienhoferi, M. fortuitum, M.flavascens, M. gordonae, M. kansasii, M. intracellulare, plus many more, and the one that really worries us — M. marinum. M. marinum is well known for its zoonotic antics, although M. fortuitum and M. chelonae can also make the jump.

To really mess things up, it’s now also suspected that fish can act as passive hosts (along with many tropical snails) for M. ulcerans, a real nasty Mycobacterium that causes the horrendous, ulcerating Buruli disease. You really don’t want that one.

Don’t worry too much about M. ulcerans, though. Unless you happen to be living in tropical Africa and eating locally caught Tilapia, it’s probably never going to appear on your radar. In fact, some researchers are still questioning the link over fish and M. ulcerans, so I’m likely to get an email from some angry scientist telling me how wrong that last paragraph is.

Back to M. marinum, and we find problematic little bacteria that’s been bothering humans for decades. It was first isolated from fish back in the 1920s, and a link between fish and human infections made in 1951 when it was isolated in a Neon tetra. Flash forward 11 years to 1962 and we have our first recorded aquarium-borne case in a human.

Up until then, it was generally accepted that people who contracted it got it from swimming pools (pre-chlorine era and all that) or from fishing-based injuries. Certain harvesters of shellfish used to be particularly at risk.

The upshot of all this is that it’s been knocking about in tanks for at least 50 years and still hardly anyone knows what it is. And people accuse fishkeepers of being slow to latch on to new ideas…