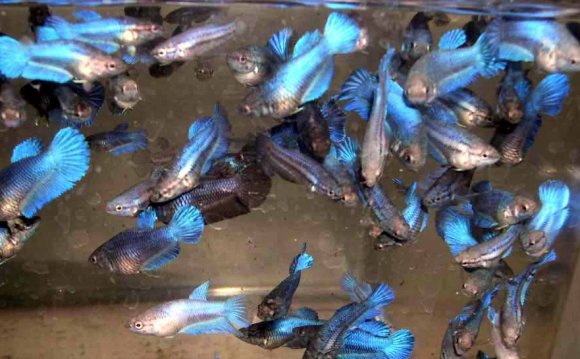 Rated 5 out of 5 by Britt97 Worth the money Tried alot of medications for my betta when he was sick, but this one was the most effective! January 20, 2017

Rated 5 out of 5 by Person Amazing results!! I noticed my bettas fins looked like they were torn, so i looked online and realized it was fin rot. I imediantly purchased this product, and after a couple days it arrived, it seemed like it was to late to save my betta. I put the bettafix stuff in the tank and later the fin rot didn't seem to be worsening, so I realized the treatment was working! It is taking a long recovery for my betta, and it doesnt seem that his fins will ever be the same. But long story short this bettafix treatment saved my betta fishs live!! November 27, 2016

Rated 5 out of 5 by Betafishsuperlover This made my beta fish look like a super star! This product is great my beta fish had ripped fins and tail but when I used this I was amazed he looks like a super model fish! December 3, 2016

Rated 5 out of 5 by RaCHeL96 Heals not just your betta, but your betta's mood as well This product is amazing! It healed my betta fast, improved his appetite, and he's overall happier now. It even smells good! You've got a recommendation from me! November 9, 2016

Rated 5 out of 5 by Blue This product really works I have used this product several times on distressed and sick beta fish. It really improves their overall health and wellbeing. July 18, 2016

Rated 5 out of 5 by Spike This was well accepted by the BETTA. The product is excellent but the pack was not earth friendly. Came in a too big of a box. July 7, 2016