What fish can live with Betta fish? 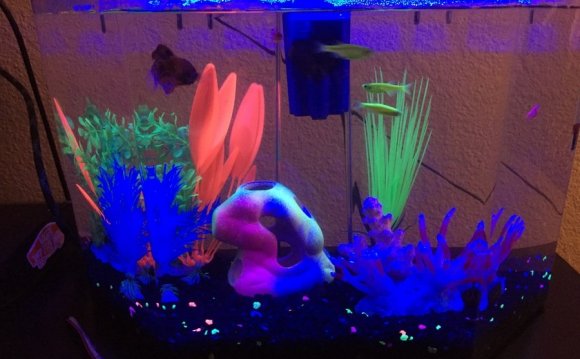 The parrot fish is not a naturally occurring fish, but a man-made cross breed of other cichlid species. Due to hybridization, the parrot fish suffers from a number of deformities, the most notable of which is its tiny mouth. Other inbred anomalies include spinal deformities and a defective swim bladder, which adversely affects its ability to swim. Together, these issues make it difficult for the fish to compete with aggressive fish for territory and food.

Parrot fish are naturally quite shy, especially when they are first introduced into a new habitat, so provide an environment with lots of rocks and driftwood so they have somewhere to hide. Like other cichlids, they enjoy digging, so provide gravel that is not too rough on the bottom of the tank. Feed them a varied diet consisting of flake, dried, fresh and freeze-dried foods, with brine shrimp and blood worms for a treat. They have less difficulty eating sinking foods than they do with foods that float on the surface. Foods high in beta-carotene and canthaxanthin keep their colors bright.

For many years, the aquarium community has debated the ethics of creating parrot fish. Many enthusiasts believe it is cruel to create a fish that has so many deformities that make it difficult for it to survive. Some activists even advocate boycotting stores that sell the fish. Nevertheless, they have become quite popular since they were first introduced over 20 years ago.