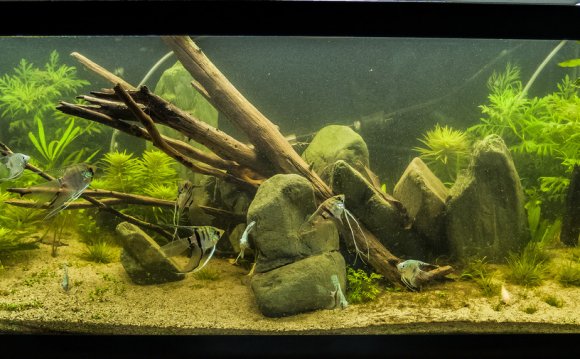 Betta Fish Center > Betta Fish: Facts and History > Getting to Know Your Betta

Betta Fish, also known as Siamese Fighting Fish, is a very popular species in today’s freshwater aquariums. The ancestors of this fish are native to rice paddies and inland waterways in Thailand, Vietnam, Malaysia and Cambodia. They are a small fish growing to just about three inches in length, including their fins. Known for the vibrant array of colors they possess, as well as their long, large flowing fins, they make a perfect addition to any home fish tank.

Due to their native habitat and development for centuries in the temperate waters of Asia, Bettas prefer warm water. To make your pet feel more secure, it’s always best to emulate their natural environment as much as possible. Therefore, it is ideal to equip your aquarium with plants that not only root on the bottom, but also float on the top of your tank.

The perfect diet for a Betta in its natural environment is a variety of small insects such as mosquito larvae, and they love to feed on live worms they pick from the surface of the water. In an aquarium setting, your fish can remain healthy on a diet of freeze-dried and frozen brine shrimp, flakes, live mosquito larvae and many other foods recommended by your pet store owner that preferably float on the top of the water column in your tank.

A Betta’s body tends to weigh more than the volume of displaced water in the tank, so it will be inclined to sink. But like many other species of fish, the Betta has a gas-filled bladder which functions as a floating device. Whether the Betta is on the top of the water or lying on the bottom, it involuntarily will add gas to its swim bladder or release it to give itself desired buoyancy.

The Betta uses its beautiful fins to glide through the water, steer and to keep balance. Many times aquarium owners notice that these fish will have sudden bursts of speed. That is because of the muscular tail fin that is part of the Betta’s physiology.

Color and Mating for Betta Fish

Today, this species displays a beautiful array of colors. Produced by pigment in their skin, Bettas can be royal blue, bright red, lime green, black and yellow with the male fish having a much brighter and bolder hue. When male Bettas wish to mate, they will proudly display their colors in front of a female betta to attract her to him.

It is always best to keep only one Betta in your tank, especially if your aquarium is not large. As previously stated, they were nicknamed “The Fighting Fish” which explains why it’s best to isolate your Betta with other fish who are non-aggressive.

Properly kept and fed, your beautiful Betta can live for several years. If your fish only lives a year or two, it does not mean you were a bad owner. That Betta could have been in the pet store for a year or more before you brought it home. There have also been cases of Bettas living in a domestic environment for over five years and even up to 10 years, although that’s very rare.