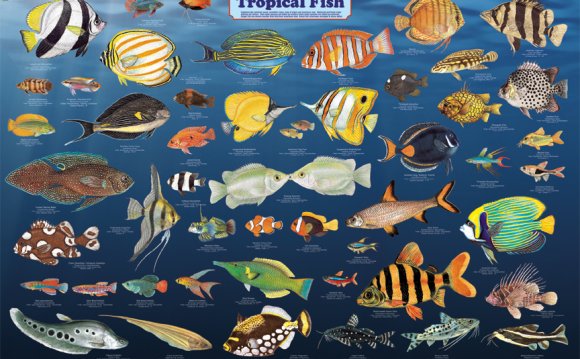 With its dark-brown body covered with a myriad of tiny white to pale-blue dots, the marine betta, a.k.a comet (Calloplesiops altivelis) is truly a dazzling sight to behold. Start out with a healthy specimen, and you’ll find it’s also a fairly hardy and rugged species despite its somewhat delicate appearance and shy nature. But success with this Indo-Pacific species demands thoughtful selection of tankmates, an appropriate aquarium environment, and oftentimes considerable patience.

C. altivelis uses this visual ruse to its advantage. Specimens can often be observed with their heads concealed within crevices in the reef or aquarium rockwork and just their posterior ends visible to swimmers-by. In this presentation, the marine betta is believed to mimic the whitemouth moray, a.k.a. the comet moray (Gymnothorax meleagris), giving it protection against would-be predators.

While above I identify C. altivelis as the marine betta, there are actually two different marine betta species—C. altivelis and C. argus. The two species are very similar looking, but C. argus has smaller spots, blue lines instead of spots on the pelvic and non-paired fins, and a few other subtle differences that I probably couldn’t recognize without doing a side-by-side comparison.

Over the years, scientists have gone back and forth on whether these are actually two separate species or just different phases of the same species. But they’re currently recognized as distinct. In any case, C. argus is rare, so you’re much more likely to come across C. altivelis in the aquarium trade.

This is one area where hobbyist patience is definitely a virtue. Newly introduced specimens may be very reluctant to feed initially, and oftentimes live foods, such as ghost shrimp or feeder mollies, are necessary to elicit a feeding response. Also, sharing a tank with more assertive species may prevent it from getting its fair share of the food or inhibit it from feeding altogether.

Once a specimen begins feeding and gets well acclimated to its environment, you’ll want to wean it off live feeders and onto meaty foods, such as chopped clams, shrimp, squid, and fish; mysid shrimp; and frozen formulations for smaller carnivores.

C. altivelis is not only shy and retiring, but also nocturnal by nature, so be sure to aquascape your marine betta’s aquarium in a manner that provides ample caves and crevices to retreat into. New specimens may disappear into the rockwork and remain hidden for what seems like an inordinate amount of time. Providing subdued lighting and a peaceful environment will encourage specimens to spend more time out in the open. As far as tank size goes, I wouldn’t go much smaller than 55 gallons.

As I’ve alluded, you have to be careful to choose non-aggressive, non-boisterous tankmates for C. altivelis. But do keep in mind that, despite being shy, it’s still a predator that will ambush any fish or crustacean small enough to swallow.