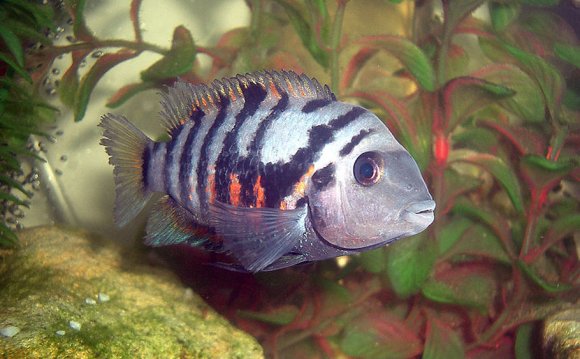 B.Splendens or the Bettas were originally discovered in the wilds. They were commonly found in the shallow paddy field ponds of Thailand, Cambodia and Vietnam. The natives used to call them ‘biting fish’. They usually grow to a length of 5 cm. When they are fed and kept properly, they can live for 2-5 years. With selective breeding, the breeders have successfully developed brilliantly colored and long finned varieties of bettas.

Betta fish flare their fins and gills as a sign of aggression. Sometimes, it may also be a sign of flirting with other fish. Two male bettas should never be kept together. One will attack the other male found in its territory and on most occasions kill the other or get himself killed. Traditionally, people have used betta fighting for gambling. They let two male fish fight each other and place bets on the winning fish. A large number of people gather to watch the betta fish fight. One fish is almost always killed in such fights.

Housing a male and female betta together is also not advisable. They will often attack each other. They can be kept together only for breeding purposes. Even in such cases, the female should be removed immediately after it has dropped all its eggs. Female bettas can sometimes be kept together in groups of three or more (in odd numbers). In such cases the tanks should be large and should provide hiding places for the less aggressive female betta fish.

Male bettas do well in community tanks when housed with other specie of fish. Bettas are tropical fish which thrive well in warm temperatures of around 85degrees Fahrenheit. Other specie of fish selected to live with betta should also have similar tropical requirements. Platies, corycats, African dwarf frog, neon/cardinal tetras and white cloud mountain minnows do well as betta’s tank mates. Betta’s tank mate should not have long fins as that would agitate the male betta into mistaking it for another male. Betta might harass and nip at other species that are colorful or have long fins. This makes it necessary to exercise care in selecting tank mates.

People shunning violence, hate to watch betta fish fighting. As a result of cross breeding, the aggressive traits of the bettas have greatly reduced. Bettas with their vibrant colors, colourful fins and interactive personalities do attract a lot of people. People consider them the most wonderful fresh water fish around and are increasingly finding offices and homes as pets.

To learn more about why bettas fight and how they are trained in countries like Thailand and Cambodia into becoming lethal killing machines, join the free email mini course below. The mini course is provided FREE of cost for a limited period.