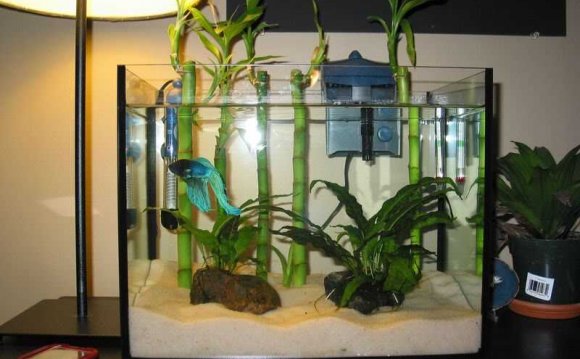 Lurking below the sparkly surface of a blue lake or the deepest ocean are nearly 28, 000 species of fish that humans have discovered and identified, but there are still likely thousands more. As we continue to study large bodies of water and go deeper into each one, we discover more species and more facts about fish that make oceans, rivers and lakes their homes. You might be surprised at some of the interesting facts scientists have already uncovered.

Clownfish can change sexes. In the world of clownfish, the female fish rules. Among a school of clownfish, the two largest of the group are sexually mature. The female fish is larger than the male, and together they reproduce. If and when the female clownfish dies, the dominant male takes her place at the top and goes through a natural sex change. Then the next largest fish matures and becomes a male to take the second position.

Fish don't chew their food the way we do. Among these fun facts about fish, are some that are also surprising. Although many species of fish have teeth, they're not usually used to chew food. Generally, a carnivorous fish uses its sharp teeth to grab and pierce its food, and then they swallow chunks of food whole. Goldfish, however, have teeth at the back of their throats that they use to crush their food before they digest it.

There's an eyeless fish species in Mexico. Deep in underground caves and caverns lives the blind cave fish (Astyanax mexicanus). This freshwater fish evolved generations ago when its surface-dwelling ancestors dove deep underwater where almost no light penetrates. The result is an albino fish born with eyes that never mature and develop. Instead of sight, these fish essentially use sonar to get around without bumping into other fish or the cave in which they live. The blind cave fish creates a flow of water by quickly opening and closing its mouth. Objects that are in the way of the fish interrupt the flow of water and the fish can feel it, so they can then avoid those objects.

Freshwater stingrays? One of the more interesting facts about fish is that similar species may exist in saltwater and freshwater. Stingrays are typically associated with the briny waters of the sea. The freshwater whipray (Himantura dalyensis) can be found in rivers and freshwater areas of Australia, Thailand and New Guinea. These rays can grow up to 16.5 feet from the tip of its head to its long tail – that's about as long as a giraffe is tall.

Betta fish need to surface. Betta fish come in a variety of splashy colors and have long, feather-like fins that can look like ribbons floating on the wind as the fish swims by. Of all the facts about betta fish, one of the more interesting is that they don't breathe through gills the way most fish do. They swim to the surface to take in air, which means they can live in fish bowls without pumps.

Puffer fish are the ultimate in defense. Most people know that puffer fish, or blowfish, have spikes around their bodies and they inflate to ward off predators. There are some other facts about puffer fish that you may not know, though. The spikes are usually enough to keep the puffer fish alive, but even if another fish takes a bite, they'll regret it because puffer fish are also toxic. In fact, a single blowfish has enough toxin in it to kill more than two dozen humans. Yet, we still find a way to eat this fish – in Japan it's a delicacy known as fugu.