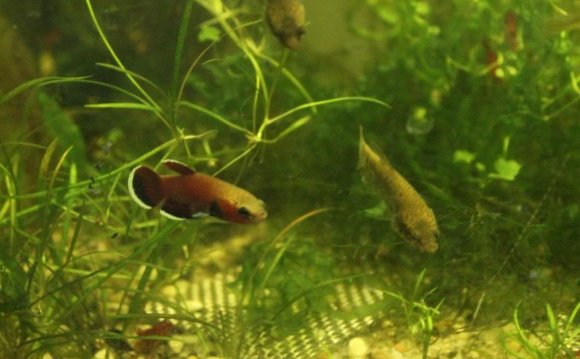 Betta splendens is easily the most popular species of Betta bred and sold in the aquarium trade. These captive bred species have become significantly different than the original wild caught specimens they are derived from, having been bred to bring out specific features such as new varieties of tail and fin types as well as unique colors.

The common name, Siamese Fighting Fish, was coined due to the practice of organized fights between males, much like cock fights. These matches continue to this day, driven by the income from betting. In some locations males are bred specifically for aggression, to ensure better fights.

The brilliant coloration and long flowing fins of the male Betta make it one of the most well known of aquarium fish. Females are usually not as highly colored, and have much shorter fins. In nature, this species is not usually brightly colored. However, captive breeding programs have resulted in a wide variety of colors, including white, yellow, orange, red, pink, blue, green, turquoise, brown and black. A myriad of combinations can be seen, from solid colors to those with different fin and body colors, to patterned colors.

Fin types have also changed due to selective breeding. Veil tails have been joined by Crowntails, Deltas, Fans, Halfmoons, Lyre and Split tails, to name a few. Betta competitions and breeding to compete in competitive shows brings new variations to the market regularly.

Both sexes have a torpedo-shaped body and an upturned mouth geared for eating at the surface. Mature adults reach a size of two to three inches, with females being slightly smaller than the males. A unique feature of this species is the presence of a labyrinth organ that allows them to take oxygen from the atmosphere instead of from water, thus allowing them to survive in low-oxygen waters.

Males cannot be kept together unless there are separators in the tank. Multiple females can generally be kept together without problems, and a single male can also be added to the mix. They can be kept with other peaceful species of fish, as long as they are small and are not fin-nipping types, such as Tiger Barbs. Male Bettas should not be kept with other fish that have similar body types and long fins, as they could mistake them for rivals.