When are Betta fish ready to Mate 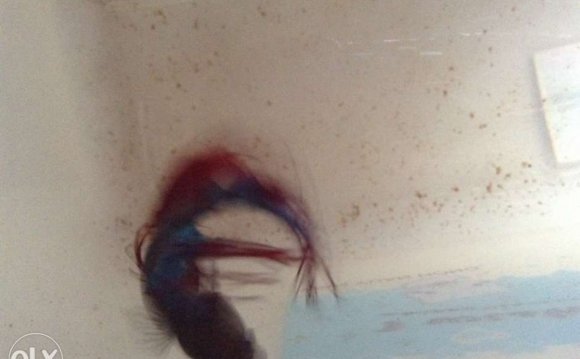 Q: I have a red betta fish named George that has been living in a little 2-gallon tank on my desk at work for the past month. I have some live plants in the tank and he has built a bubble nest around the stems that poke up out of the water. He really seems to be fixated on this nest and is always adding more bubbles to it. Should I get him a female betta as a mate so that he can make use of the nest? I know that the males fight, but I would imagine that they do not fight with the females as that would be an evolutionary dead end.

A: You would think that getting your fish a mate would be a good thing, but it would actually complicate the situation. First, males do fight with females. A male betta wants nothing to do with a female unless she is full of eggs and ready to breed. Then he acts quite romantic and will entice the female to the bubble nest and embrace her in order to stimulate her to lay the eggs that he fertilizes as she produces them. He then grabs each little egg in his mouth and places them in the bubble nest with great care and deliberation. The whole process is quite fascinating to watch. When the eggs are all laid and placed in the nest, his romantic thoughts toward his mate are all over and he chases her away and will kill her unless you take her out of the tank and put her in one of her own.

So now you will have two tanks on your desk with a fish in each one. Then after the eggs hatch you have a lot more drama on your hands as the babies are very small and need a specially prepared food. You cannot feed them the betta pellets that you are feeding the father. It is fun to watch the father care for the babies, though. If a baby falls out of the nest, the father will carefully grab it in his mouth and ever so gently place it back in the nest. I find it amazing to see such parental behavior in a fish. However, in a few days the babies are old enough to swim on their own and then the happy little family is finished as now Dad wants nothing to do with them and does his best to drive them out of his territory.

So now you have to set up another tank for the babies and, as the males grow, you have to separate them from each other or they will fight together, and before you know it your desk will be covered with tanks and bowls and all you will be doing all day long is caring for fish.

My advice is that if it ain’t broke, don’t fix it.

Q: My 10-year-old female Dachshund has always had terrible teeth and no matter what we did — brushing, scaling at the vet’s, special oral sprays — seemed to fix the situation. Now it seems that she is in a lot of distress and is pawing at her mouth and drooling. Our vet says that she needs to have every tooth extracted and this horrifies us. Can you advise us on any alternate solutions?

A. I am not a vet, I never went to college, and I am lucky that I qualify for a library card. However, I have had a lot of dogs with chronic dental problems pass through my hands in the last half century, and a few of them needed to have total extractions of every tooth. I was always amazed at how happy the dogs were after the surgery. I would have thought that they would have been in extreme distress after such a procedure, but it seems not. Obviously dogs without teeth cannot eat dry kibble, but they do just fine on canned food. The only issue in some petkeepers’ minds is that a dog with no teeth will very often allow its tongue to hang out of its mouth. Some people think this looks cute and some do not, but it is still an improvement over the drooling and smell that accompanies a dog with a mouthful of rotting teeth. So if your vet prescribed this procedure for your dog, then it is in the best interest of your pet and you both. The dog will have a better quality of life as a result.

Q. My cat uses his paws like hands and will actually pick up his food in one paw and eat it off his paw. He is 2 years old now and seems to have developed a taste for running water. He has learned to pull the lever on our kitchen sink faucet to turn it on. However, he does not turn the water off and it can run for hours. We got him one of those drinking fountains for cats but he still turns on the faucet. Is there any way to stop him?

A. This is one of those situations where the pet wins by default. You cannot do anything to train him unless you are around 24/7 monitoring the situation. The cat has learned that turning on the faucet makes something good happen so by what rationale could you persuade any animal that something that brings pleasure is now forbidden?

I once had a dog that learned to turn the hose spigot on by turning the handle with her mouth, allowing her to play in the water. Of course, we ended up with a flood in the backyard. In the end, I had to have a plumber change all the spigots to the type that you open up with a key. (She tried for a while to turn on the new spigots but got used to the situation in time.)

So you are going to have to pay a visit to a plumbing supply store and get a new faucet without a long handle. Once your cat figures out that it is game over, he will resign himself to drinking out of the fountain that you provided.