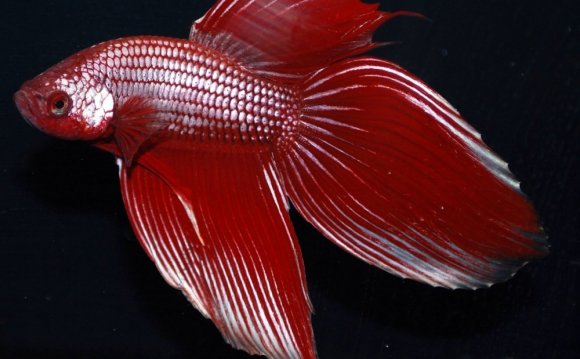 I have visited Seam Reap,

South East Asia. And second, I want to see wall sculpture in Angkor Wat and Angkor Thom the world famous ancient city for find the vital data of ancient layman in SEA in theirs diary life, whether there was anything concerning to the fighting fish community.

Over thousand years ago, Khmer civilization centered in Angkor Wat, was the most influential culture in SEA. A guide told me that there were estimated around three million people living in Angkor Wat. From the wall sculptures we can see many people from the various race such as Western, Chinese and other SEA race were busy in socially activities. But there was no data concern directly to the fighting fish community. No matter a local guide took me around to search that picture, asking his friend who also working around the temple or even he called many archaeologist experts whose can read ancient Khmer language. I was hoping to see a single picture concern on the fish fighting, but none. However, at least I get few sculpture pictures on fighting cock and many pictures show a lot of fish in the lake. At least I can confirm that in SEA we already have fighting cock bet and people dealing with a lot of fish in theirs’ diary live over 1000 years ago. The fighting cock always goes along with the fighting fish as we can see their relationship in the present time. In the dry season farmer play cock fighting and raining season farmer stay mostly in the rice field play fish fighting. However, it is too easy to conclude that the fish fighting emerges the same age of cock fighting as long as we do not have validated data to infer the playing fighting fish happened the same period of cock fighting, it may earlier or later.

Thailand. But I still hope my further steps on visit to other cities in

Cambodia in the near future. It should contributing and connecting to the history of fighting fish in SEA, more or less.

I would like to express my gratitude and thankful to Uncle Bol who was so kind and generous to offered me to stay in his house and show me his fighters, not less to Mr. Jimmy Eng who spare his time to be the translator and show me around while I stay in Seam Reap. Also to Mr. Pouv Visal who took me around inside and outside Seam Reap and I was appreciated his support when I need immediately help. Also not less his wife who cook original delicious Khmer food with a lot of vegetable that I like most. Lastly, thank to Mr. Pisey Hay who did the excellent job on co-operate the entire project of my visit Seam Reap fighting fish ring, its result appears smooth accomplishment, without him I was still in blind.

Thailand concerning to the fighting fish:

Thailand, the rain zone climate of the horizontal vast land of rice field in which the story of fighting fish has begun. Cambodia located and get influence from the Mekong basin as Chao playa basin does to Ayutthaya the old capital of

Siam. The majority of

Cambodia people enjoy the fertilized land by being farmer growing rice as the Thai farmers were. If we look at physical geography we can see the low

Chao Playa delta and the low

Mekong delta is the same piece of land. People can easily connected by land walk through and row a boat along the river. Cambodia and

Thailand in the past share theirs’ history and can not put aside one history without saying another. If we do not consider the country border boundary, the middle part of Thailand and

Cambodia shares the same culture and civilization. They were relative and crossing the border without care much on the central government authority.

Frances came to rearrange the border lines in the early 20 Century. In that period of the time fighting fish already was the most popular in the SEA region. It was a time of King of Siam, Rama III (1840) presenting the captive fighting fish to western visitor, to be known Dr. Theodor Cantor.

The story of fighting fish in Cambodia:

Captive Betta Splendens fighting fish in Khmer language call “Bonkat Trei Chol Khmer” or “the captive fighting fish of Khmer”, and call wild fighting fish “Trei Krem Prey Khmer” without mentioning to the term “Siem” in the name of fighting fish like Vietnam (Ca Xiem) and Indonesian (Ikan Siam) did. It may quick interpreting that the playing of fish fighting in Cambodia was the same period in

Siam. The fighter was named by the name of its origin as Siamese fighting fish got the origin name from Siamese who bred or play the fighting fish, as Khmer people name theirs fighting fish referring to the breeder or fighting fish bred by Khmer. There is one distinguished color of fighting fish name “Plakat Khmer” or it has extended yellow color on body and the fin has red color. This color may invented by the Khmer breeder in the few breeding generations. I remember that when I was young (1968) I have seen “Plakat Khmer” color as a good fighting fish. Though, in the present time we may not see this color in the game breed fighting fish anymore. But it still available a lot in fancy Plakat both long fin and short fin, it became the major color in fancy type.

This conclusion I draw from its name linking to the historical event with my imagination. It does not support by the concrete empirical data.

Phnom Penh. This means that the captive fighting fish already in

Cambodia over 100 years. He also confirmed that Khmer people play the fighting fish before the French troop came. However the development of fighting fish in