How to breeding fighting fish? 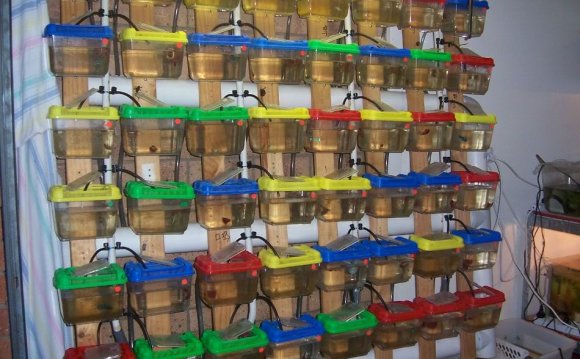 These fish have been collected by humans since the 18th Century, mostly due to their high level of aggression, and have historically been the objects of gambling. Two male fish are pitted against each other in a fight and bets are placed on which one will win. One fish is almost always killed as a result.

The people of Siam and Malaya (now Thailand and Malaysia) are known to have collected these fish because in the wild, they spar with each other for dominance. It usually only lasts a few minutes before one fish backs off.

However, back when these fish were domesticated and bred for fighting, matches would go on for much longer, with piteous consequences.

In the wild, these fish only exhibit strong colors when agitated. Breeders have been able to make this coloration permanent, and a wide variety of hues breed true.

Colors available to the aquarist include red, blue, dark blue, black, turquoise, orange, yellow, green, bright blue with pink highlights, cream and even true white (the "Opaque" white, not to be confused with albino).

The shades of blue, turquoise and green are slightly iridescent, and can appear to change color with different lighting conditions or viewing angles. this is because these colors (unlike black or red) are not as a result of pigments, but created through refraction within a layer of translucent guanine crystals.

Breeders around the world continue to develop new varieties. Often, the male of the species are given preference because of their beauty in contrast to the females. Recently, breeders have developed in females the same range of colors previously only bred in males.

Females never develop fins as showy as males of the same type, and are often more subdued in color.

Males and females flare or puff out their gill covers (opercula) in order to appear more impressive, either to intimidate other rivals or as an act of courtship.

Other reasons for flaring their gills is that they are startled by movement or change of scene in their environment.

Bettas sometimes require a place to hide, even in the absence of threats. They may set up a territory centered on a plant or rocky alcove, sometimes becoming highly possessive of it and aggressive toward trespassing rivals.

To avoid the males fighting each other, male Siamese fighting fish are best isolated from one another. Males will even respond aggressively to their own reflections in a mirror. Though this is obviously safer than exposing the fish to another male, prolonged sight of their reflection can lead to stress in some individuals.

Like other fish, the Siamese fighting fish may respond to the presence of humans and become trained to respond to feeding cues (such as a hand placed over the water's surface). They are quite curious and will watch humans going about their business nearby. They make great, and certainly beautiful, fish to have at home.