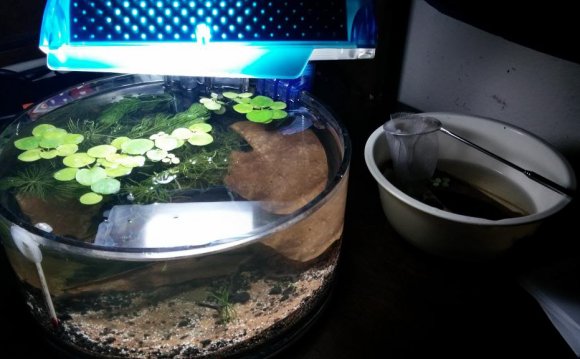 By fighting fish I’m assuming you’re talking about a betta. What would happen if you dropped the betta into a koi pond? Most likely you wouldn’t see your betta again. Would the koi eat the betta? Probably not, but I suppose it’s possible. But there are other factors that would likely result in you not seeing the betta again.

First off is just the physical consideration that typically koi ponds are fairly large, and bettas are quite small. It will be a bit of a needle in a haystack situation. There would be a number of areas where the betta could take shelter and unless you know exactly where he chose it would be difficult to find him.

You’re also going to run a risk of predators. It can sometimes be hard to keep koi safe in ponds, and a smaller betta could potentially be caught and eaten by an even wider range of animals. Birds, raccoons, cats, dogs, and other animals would happily eat a betta fish.

You should also be concerned about the water temperature. Koi prefer cooler waters, while bettas are very much tropical fish. Unless you lived in a particularly warm client (e.g. south Florida), most likely the water temperature would be too cold for the betta to survive long term. You would certainly lose him in the first winter anywhere that temperatures start to approach freezing.

So what if you could eliminate these problems? What if you had a pond that didn’t have any other fish in it, was protected from wildlife, and stayed warm enough year round for the betta to be happy (for example, if you had a screened in yard in Florida)? There is no reason that the betta couldn’t thrive and be happy. Many people think that bettas need to be in small amounts of water, which is absolutely untrue. It would even be possible to simulate a betta’s wild environment and have a whole population of bettas.