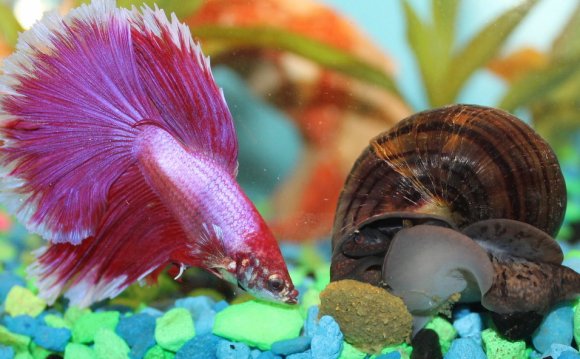 Betta fish is one of the most beautiful fish with vibrant colors. As bright the color, is their nature aggressive. The name itself is derived from the ancient clan of warriors called “The Bettah” and thus it is a warrior fish. It comes from Southeast Asia and dwells in large rice paddy fields.

Betta just like any other fish produces waste products which are harmful for its own health. There are many Betta fish types but all of them react the same. Nitrite is the main waste product and the most harmful toxin for a Betta fish. Thus, Nitrogen cycling needs to be done in the fish tank just before you place it in the tank. Weekly checkups need to be done too to keep a proper observation of the aquarium environment.

Unlike other fishes, Betta gets stressed easily and affects its health if not kept in a suitable environment. It prefers clean waters with least amount of chlorine in it. The water needs to be of low currents and thus the filter blowers should not be of high power. It can live in average clean water but with a condition of low nitrite levels. It is mandatory that you never change the filter even if you are told to as the bacteria living in it are good for the fish’s health.

Note: Betta has an enhanced ability of breathing direct oxygen from air and comes in the category of a Labyrinth fish. So, you get enough window for your aquarium to cleaned before your fish sulks.

If you think about it any other fish in the aquarium is food and diet for the Betta as it is likely to kill any or die trying if it is not kept in its adequate environment. It has an upturned mouth and basically feeds itself from the surface of the water.

The fact that it is a Labyrinth fish also explains the kind of food you need to feed it to. Dried bloodworms, brine shrimp or daphnia are the favourite food for Betta which also comes in combined amounts in commercial fish food products. So, buying any commercial fish pellet or Betta fish food is enough for the diet.