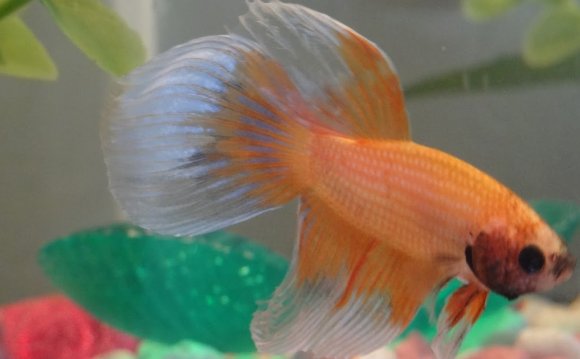 Goldfish, like all other fish, breathe oxygen. However, unlike mammals that use lungs to breathe in air for oxygen absorption, goldfish use an organ known as gills. According to the Northeast Fisheries Science Center, fish do not breathe in water, but draw in water through the mouth to allow it to pass over the gills. As the water passes over the fine gill membranes, the gills absorb the oxygen from the water. The oxygen dissolves into the blood vessels of the gills and is passed into the bloodstream of the goldfish. Once the blood is oxygenated, the blood is pumped back through the fish’s body.

A gas exchange also occurs at the gills. As the gills absorb the oxygen, it also releases carbon dioxide into the water. Then the water, which is now filled with carbon dioxide, is released and passed out of the gills through the operculum. Other aquatic invertebrates that have gills include crabs and mollusks.