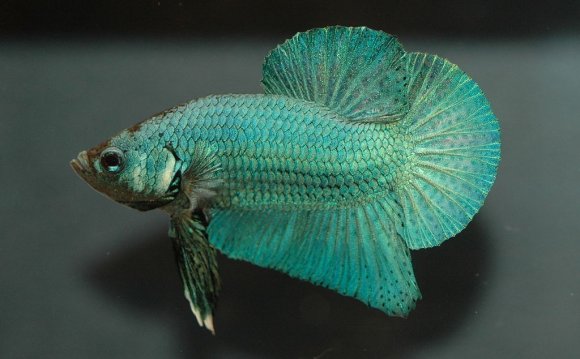 Have you ever wondered whether or not your betta ever sleeps? This is not a silly question, and it's one that many betta enthusiasts have asked at one point or another. In fact, the answer may actually surprise you.

Fish may not tuck themselves into bed at night, but they all sleep at one point or another. Fish that are primarily active at night sleep during the day. Fish like bettas that are mainly active during the day do most of their sleeping at night.

The question still remains whether bettas experience sleep in exactly the same way that people do. After all, they can't close their eyes because they have no lids. So it's not immediately apparent what they are up to. Do they fully loose consciousness like people do? Perhaps not since they are very territorial and on constant guard against interlopers, even if they are the only fish in their tanks. Still, they do appear to take time out to rest, and this is the equivalent of sleep for humans.

How to Tell When Your Betta Is Sleeping

Now that you know bettas actually do sleep, you may wonder how to tell when they're doing it. You can assume a betta will take the opportunity to get some real rest anytime his environment goes dark, This typically happens when you shut off his tank light for the evening. After a short time, he'll find a comfortable spot to rest and basically become inactive for a while until something startles him or the light returns.

Bettas sometimes take short naps during the day. If you've ever noticed your pet lying on the bottom of his tank doing nothing in particular, he could be asleep. In other cases, your fish may hang motionless at the top of his tank while he rests. Some people panic when they find their betta in either state because they think their pet has died, and indeed, there is not a lot of difference in the way a sleeping betta and a dead betta look. Thankfully, the fish is simply asleep in most instances.