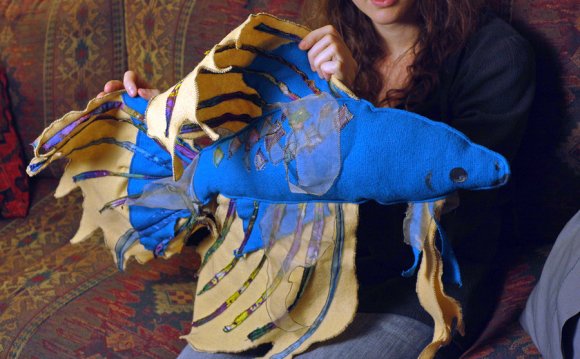 Introduction
Bettas are one of the most commonly kept fish in the world. They are low maintenance, come in many colors and shapes, and have a lot of personality. But there are also a lot of myths about their care being spread around that I’d like to take the time to talk about. I’ll cover as many as I can think of.

Bettas come from mud muddles and rice patties, so they don’t need a lot of water.

Bettas come from streams and ponds with little water flow that are shallow, but span miles horizontally.

This is a common one, and has SOME truth to it. Bettas come from Thailand and the surrounding areas and live in shallow streams, ponds, and swamps. But the wild Betta splendens very commonly have territories that are 1 square yard! Yes, they live in shallow water, but they have quite a bit of horizontal space.

Betta or goldfish bowls are almost never adequate enclosures for bettas. Number one, they’re usually too small to keep anything in practically. Anything under 1 gallon will have to be cleaned every day, due to the build up of waste. Which is stressful for you and the fish. Ammonia will build up to toxic levels within days! Number two, they usually don’t come with a lid. Bettas are known jumpers and may very likely jump out of the tank one day. Number three, they are difficult to heat. Bettas are tropical fish that need their water to be around 75-80F. Anything less than that and they can become sick. Keep in mind that water, unless it is heated, is going to be cooler than the air around it. So keeping your room at 75F is not going to work. Temperature fluctuations are also something to keep in mind as these can be pretty hard on any fish.

Bettas like dirty water and cleaning it can stress them out. They come from muddy water in the wild. Plus, bettas can breath air so they can live in dirty water.

Bettas can breath air, but that doesn’t mean they can live in their own waste! And muddy water does not equal “dirty” water.

Bettas come from waters rich in tanins from Indian Almond Leaves and other trees. This discolors the water and makes it look brown and murky, but by no means is it “dirty”. Ammonia, nitrite, and nitrate are what make your water dirty. Your tank can be crystal clear and be absolutely deadly to fish from high ammonia levels. Bettas are just as sensitive to ammonia as other fish, and need their water changed regularly.

Yes, bettas can breath air. They are anabantoids, a type of fish with a labyrinth organ. This allows them to breath air from the surface, letting them live in low oxygen environments. This was an adaptation to help the fish cope with life threatening conditions. Not something that you want to recreate in your aquarium. There is a difference between water that is high in ammonia and other toxic chemicals- and water that is low in oxygen. Water is usually low in oxygen because there are too many fish in a small space, the fish breath and use up the oxygen in the water. So breathing air does not help bettas live in “dirty” water.

Bettas do not like large spaces. Being in large areas freak them out. Being in a small space makes them feel safe.

Bettas regularly live in large areas in the wild and in captivity with no problems. In fact they do better in larger tanks.

This one has no truth to it at all. Bettas do just as well in large tanks as they do in smaller ones. There is no reason why they would dislike a large area. If anything, they would appreciate the extra space. I’ve heard some people claim that the pressure from being in a larger volume of water stresses them out. Why would water pressure affect bettas any more than other fish? More often than not, the reason a betta would do poorly in a large tank has a lot to do with the fish it’s being kept with. Many people put a betta in a large tank full of semi-aggressive or fin nipping fish then end up having to take him out because he gets stressed and sick. Then they attribute it to tank size because of this myth. It simply is not true.

Being in a tank with a high current can stress some bettas, especially those with longer fins but it is not the size of the aquarium only the water flow.

Keeping a betta in a vase with plant roots going into the water simulates their wild environment. They eat the roots of the plant while the roots filter the water naturally so you don’t need to feed them or change their water.

Bettas are insectivores, feeding them plant roots will cause them to starve to death. Plant roots also do not naturally filter water to any significant degree.

This one is another myth with no truth to it. Bettas are insectivores, meaning they eat small insects and invertebrates like mosquito larvae. Plant matter makes up little to none of their diet. As you can imagine, feeding a carnivore plant matter for an extended period of time can be quite damaging. The only reason a betta will be seen eating plant roots in this kind of set up is out of desperation. Keeping a betta like this will eventually starve it to death.

Plant roots do not photosynthesize, therefore they do not contribute much natural filtration to the tank. This is one of the worst ways to keep a betta I can think of, and possibly the most harmful. Keeping a betta like this will result in the fish dying of starvation or ammonia poisoning, whichever comes first. Not to mention the fact that it will most likely get sick and die from being in cold water. Vases are difficult to heat, and if a betta is kept in unheated water he or she will be more likely to get sick.

Female bettas are peaceful and can be kept together.

Females bettas are still semi- aggressive to full blown aggressive fish. They can, however, occasionally be kept communally. Read below for more details.

Ok, this myth is almost true. Female bettas can be kept together, But only under very specific conditions. Putting two females together in a bowl will most likely end with one or more dead fish. I, personally, do not like the idea of keeping females together, but it has been done successfully many times and a lot of people like doing it. Bettas are solitary by nature, and do perfectly fine on their own.